The Black People's Day of Action 40 years on

On a rainy Monday, March 2nd 1981, an unprecedented political gathering of Britain’s Black population took place in Fordham Park, New Cross.The crowd assembled a few hundred metres from the burned out shell of 439 New Cross Road. Six weeks earlier, the tragic death by arson of thirteen young people at a birthday party had been greeted with governmental indifference, police incompetence and antipathy as well as the active hostility of the press and the media.

In response to those dismal but familiar patterns, the New Cross Massacre Action Committee chaired by the activist poet and publisher John La Rose, decided on a radical course of action that changed the course and direction of Black political life in Britain. They would lead a march from the scene of the murderous fire to the Houses of Parliament and present a petition outlining the community’s concerns to the authorities.

The demonstration was called for an ordinary working day rather than a weekend. The route followed by the marchers--from South London to the city centre was a long one. They crossed the Thames at Blackfriars and headed up Fleet Street where the newspaper industry was still located, past the Royal Courts of Justice towards the West End.

Forty years on, we want to remember these events and honour the bold movement that formalized the transformation of Britain’s racial order through this unprecedented action. The Black People’s Day of Action march was the first sign that 1981 would be a momentous year for Britain’s Black communities. Paul Gilroy welcomes Linton Kwesi Johnson, poet and activist, to reflect on the events of 1981, and discuss how we see these patterns repeated in Black life in this country today 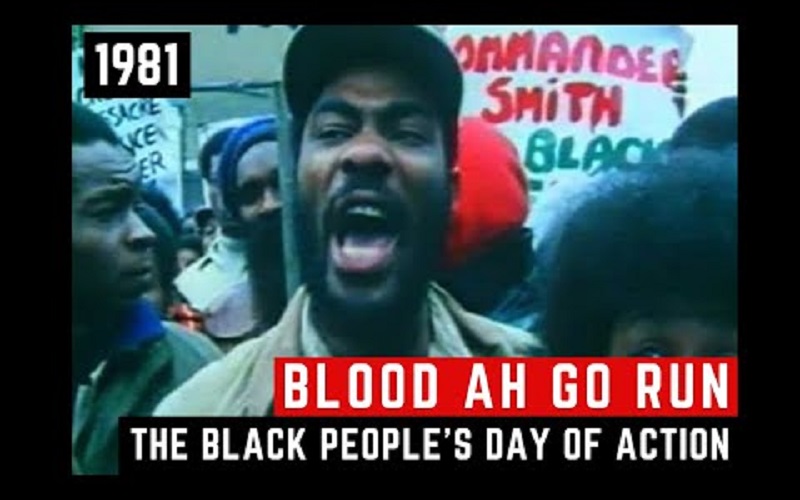