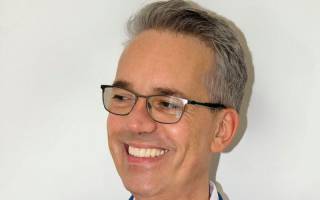 Claudio M Radaelli joined the School of Public Policy, Department of Political Science in September 2018. A visiting Professor at the College of Europe in Bruges and Natolin, Claudio holds a degree in Economics and Social Sciences (Bocconi University) and a PhD in political science (Florence). Prior to joining UCL, he was  Director of the Centre for European Governance at the University of Exeter http://socialsciences.exeter.ac.uk/politics/research/centres/ceg/(2004-2018) and Professor of Public Policy at the University of Bradford. In 2014 he was awarded the annual IdEx Chair at the Centre Emile Durkheim at the University of Bordeaux. He was Jean Monnet Fellow at the European University Institute, Program Director at the Robert Schuman Centre (2003-2004) and invited professor at Sciences-Po Paris and Score-University of Stockholm. He was adjunct professor in the department of political science at the University of Copenhagen. He offers teaching every year at the Summer School of European Integration organised by the University of Agder, Kristiansand https://www.uia.no/en, where for four years he was also faculty member (0.20 professor). He is a founding member of Science of Democracy https://sciencefordemocracy.org/ and sits on the College of the International Public Policy Association https://www.ippapublicpolicy.org/.

A political scientist specialised in public policy, Claudio’s research interests include the policy process of the European Union, the effects of EU policies on the Member States, the roles and usages of expertise, narratives and ideas in public policy and administration, regulatory reform and regulatory analysis tools. Methodologically, Claudio draws mostly on qualitative methods but he also published quantitative and set-theoretical articles.

Radaelli was awarded two advanced grants by the European Research Council. He is completing the second ERC project on Procedural Tools for Effective Governance http://www.protego-erc.eu/. He has published more than 80 articles in refereed political science journals and 55 book chapters.