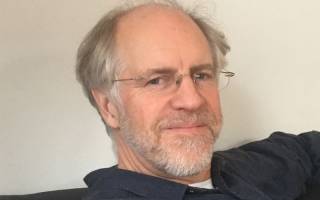 I grew up in North London - Highbury then Hampstead - and went to William Ellis School, which was a grammar school when I joined and became a comprehensive while I was there. In 1980 I went to Balliol College, University of Oxford, to study Philosophy, Politics and Economics. I spent 1983-84 at Harvard as a Kennedy Scholar, and then came back to Oxford, this time Nuffield College, for my M.Phil in Sociology and my D.Phil: For A Sociologically Informed Political Theory.

In 1988 I returned to Balliol as Tutorial Fellow in Politics and Sociology and stayed there for 25 years, during which I founded and directed the Centre for the Study of Social Justice in Oxford’s Department of Politics and International Relations.

After early work on the communitarian critique of liberalism, my interest in combining political theory with empirical social science led to a project interrogating social mobility data, and people’s beliefs about social justice, from a normative perspective.  This got me thinking about the mechanisms that generate the intergenerational transmission of advantage (and disadvantage) within families and to their children, ranging from sending them to elite private schools to reading them bedtime stories.

My wider interest in educational justice has developed in various directions. I was part of an interdisciplinary team aimed at helping educational policymakers make better decisions, while another collaborative project has combined philosophical and empirical considerations in proposing a framework for the regulation of religious schools in England.

Alongside these substantive topics, I have worked on methodological issues in political theory, including debates around ideal and non-ideal theory and the relation between philosophy, politics and empirical social science.

A full list of my publications is available here

I am Director of UCL’s MA in Legal and Political Theory, for which I teach both a core module (‘Peer Assisted Learning’) and an optional one ('Social Justice, Social Mobility, Education and the Family'.) I supervise PhD students across a wide range of topics in political theory, with a preference for those that come closest to my own research interests. I also contribute some lectures to our Introduction to Politics for PPE students.