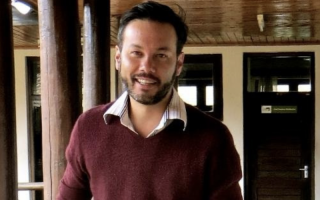 Dr Simon Chin-Yee has over 15 years of experience in international cooperation and policy through multiple research roles within Academia, as well as his work with the United Nations Education, Scientific and Cultural Organization (UNESCO). He joined UCL’s School of Public Policy in 2019 as a lecturer in Global Environmental Politics, International Public Policy and the Political Economy of Development. Simon attained his PhD in Politics from the University of Manchester (July 2018). Entitled Defining Policy: Drivers of Climate Change Policy in Kenya, his thesis was based on extensive training in international political economy and is a thorough climate policy analysis on three levels: international, regional and national. Following his PhD, Simon was a research fellow in the War Studies Department, King’s College London and the London School of Economics’ Middle East Centre.

Dr Simon Chin-Yee’s research focus is on climate change, conflict and vulnerable populations – with an emphasis on human security and climate justice on the African Continent. Policy makers no longer speak of climate change solely in terms of environmental issues, but as a multiplying factor that has made its way into a broad spectrum of global political discourse, including narratives around conflict, peace and (in)security. Simon’s research links climate change to concepts of security within vulnerable populations. He achieves this by looking at diverse national and local experiences threatened by climate change. Additionally, Simon’s research focuses on the global climate negotiations, examining how the norms, ideas and rules constructed within the global climate regime have an influence on national policies.