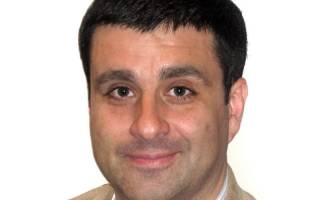 Saladin obtained his undergraduate degree in Philosophy from Kings College, London, before graduating with a Doctorate in Political Philosophy, from UCL. He took up a Special Fellowship in Philosophy (UCL, Philosophy Dept.), giving a series of inter-collegiate lectures on the philosophy of the young Marx, before becoming a Junior Research Fellow at Birmingham University, and then a Rubin Senior Research Fellow in Human Rights at the School of Public Policy UCL. He joined the faculty of the Department of Political Science at UCL in 2003 as a Lecturer (now Associate Professor) in Human Rights and Political Philosophy).

He founded the Human Rights programme at the School of Public Policy (Department of Political Science), having designed and launched the MA in Human Rights in 2003. He is also co-founder and Director of the UCL Institute for Human Rights.

More recently, Saladin co-founded the first UK-Latin America Political Philosophy Research Network, with colleagues from Argentina and Mexico (and a growing number of scholars from other Latin American countries). This has been made possible by the award of a British Academy International Partnership Grant.

Dr Meckled-Garcia's research focuses on finding the links between adopting different ethical theories and the upshots that this has for what we do in practice. He focuses on the ethical fields of human rights, justice, and international justice, and on key concepts in those fields, such as responsibility, duty, rights, complicity, liability, and practical reasons. He is particularly interested in tracing the values that might motivate us to adopt different accounts of those components, and what this means in practice.