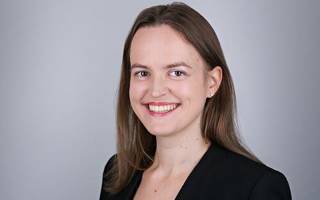 She received a PhD in International Relations from the London School of Economics and Political Science (LSE). She holds a Postgraduate Certificate in Higher Education from LSE and is a Fellow of the UK Higher Education Academy. She has worked at the United Nations Office for Disarmament Affairs, and she is a member of the Oxford Network of Peace Studies (OxPeace). She has taught a wide range of courses in the fields of International Relations and international peace and security at undergraduate and postgraduate level at LSE, Nazarbayev University, UCL, and Oxford.

Noele is the author of Evaluating the Responsibility to Protect: Mass Atrocity Prevention as a Consolidating Norm in International Society (Routledge, 2016). The empirical chapters of the book draw heavily on fieldwork conducted in Sudan and Kenya for in-depth case studies of the Darfur conflict and the Kenyan post-electoral violence of 2007, respectively. She has published in African Security, Cambridge Review of International Affairs, Global Governance, and Global Responsibility to Protect.