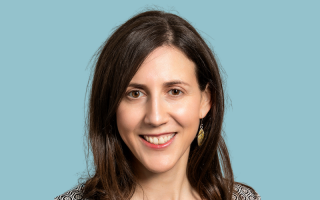 I have a PhD in International Relations from American University in Washington, DC, with concentrations in Human Rights and Conflict Resolution, and a BA from Duke University. Prior to joining UCL, I was a Research Fellow at the Mitchell Institute for Global Peace, Security, and Justice at Queen’s University Belfast, and a Lecturer in Politics at McGill University and Concordia University in Montreal, Canada.

I have a diverse research portfolio with interests in conflict, political violence, and divided societies. My current research uses experimental methods to assess public opinion on political violence and polarization in the United States, and my previous research used mixed methods to investigate security, rights, and resistance in protracted conflicts, with a focus on the Middle East.

I am the author of The Palestinian Prisoners Movement: Disobedience and Resistance (Routledge 2021), and three books on unarmed resistance, including Understanding Nonviolence (Polity 2015) and The Second Palestinian Intifada: Civil Resistance (Routledge 2010).  I have also published on political imprisonment, conflict and development, and critical approaches to preventing/combatting violent extremism (P/CVE), with recent publications in Perspectives on Politics, Security Dialogue, PS: Politics & Political Science, and other journals.

I currently convene the undergraduate modules, ‘How to Argue About Politics,’ ‘Political Violence,’ ‘Middle East Politics,’ and 'America in the World (US Foreign Policy).' I have also taught modules on ‘International Conflict and Cooperation,’ ‘Globalisation and Populism,’ ‘Human Rights and International Justice,’ ‘Social Movements,’ ‘International Development,’ and ‘International Security.’

My academic research and teaching is complemented by my work in policy and practice. I am currently a lead researcher on the project ‘Conflict Sensitivity and Community Resilience in Conflict Zones’ with the NGO Christian Aid, with fieldwork in central Africa and Myanmar. In the past I was a researcher for the United Nations Development Programme (UNDP), the British Council in Iraq, and the US Institute of Peace (USIP), and I have provided expert analysis to the US State Department, the UK's Foreign, Commonwealth and Development Office (FCDO), and other national and international agencies. I also have ongoing roles with Fighters For Peace (FFP), a Beirut-based NGO, and the EU’s Radicalisation Awareness Network (RAN).

I am a frequent guest on the BBC, CNN, Bloomberg, Al Jazeera, Euronews, other media outlets, and I have published widely in the Washington Post, Huffington Post, The Hill, Newsweek, and the Conversation. I am also the host of the podcast, The Julie Norman Show.