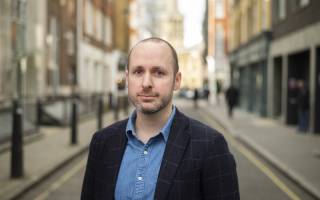 He is currently launching a cross-disciplinary research project on the ethics of content moderation on social media and the future of free speech online, thanks to a £1.5 million UKRI Future Leaders Fellowship. He has previously received research funding from the British Academy and the Leverhulme Trust. He is a BBC/AHRC New Generation Thinker, and he has also received the British Academy’s Rising Star Award. He was the recipient of the 2021 Berger Memorial Prize from the American Philosophical Association for the best paper in the philosophy of law.

He regularly communicates his philosophical ideas to non-academic audiences, including tech companies and policymakers. He has participated in a variety of discussions on BBC Radio 3 and Radio 4, along with other outlets such as National Public Radio in the US and many philosophy and politics podcasts. His public writing has appeared in various outlets including The Washington Post and The Independent.

At UCL he has earned the Prize for Outstanding Faculty Teaching in the UCL School of Public Policy on two occasions, as well as the Award for Educational Leadership in the UCL Faculty of Social and Historical Sciences. At the University of Essex, where he taught prior to joining UCL, he won the Student Union’s award for Best Lecturer at the university, and the THINK series he created won The Guardian’s University Award for Student Experience. Jeff currently teaches courses on ethics as part of an executive leadership training programme to civil servants within HM Treasury.

He earned his DPhil and MPhil at Oxford University and his undergraduate degree at Harvard University.

Dr Howard writes on a variety of moral challenges facing citizens and policymakers. At the heart of his work is a concern with the fragility of our moral capacities, and the duties we have to design institutions and practices that bring the best out of us, rather than the worst. This overarching intellectual theme motivates his interventions across a range of debates—from hate speech to the purpose of punishment, from criminal entrapment to the justification of democracy.

His current and future work focuses on freedom of speech in the digital age. As part of this work, he seeks to pinpoint the moral duties of speakers to refrain from various forms of dangerous speech, assessing the necessity and proportionality of enforcing those duties through law. A central task of his upcoming work will be to specify the moral duties of online platforms to combat various forms of harmful content online, and to determine how these practices of “content moderation” should be legally regulated. He also continues to work on topics in normative democratic theory and the philosophy of criminal law.

At UCL I have taught the following modules:

I am currently primary or secondary supervisor to various PhD dissertations on a range of topics in contemporary political philosophy. I particularly welcome applications from students working on issues related to freedom of speech, social media regulation, criminal punishment, and the ethics of democratic discourse.