China’s rise as a global economic and political power has created a policy puzzle for established global players. 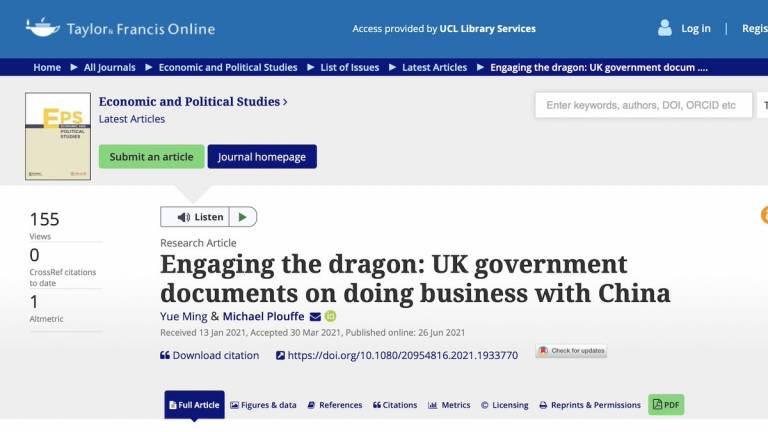 For the United Kingdom (UK), the policy towards China has pursued a dual emphasis: seeking commercial benefits and promoting a positive social and political change. We explore the scope and tone of official UK policy publications on doing business with China. We argue that, while these documents reflect some of the predominant concerns of public debates over the UK’s relationship with China, the political neutrality of the civil service and insulation from external forces enable the relationship to continue. We conduct content and sentiment analyses of government publications focussing on China from 2013 to 2018. During this period, the key policy focusses have remained stable, while the extent to which the main topics are discussed changes slightly with time. Sensitive topics are dealt with using a neutral tone, while publications have become increasingly positive on the prospects of business interactions with China.