Jared Finnegan examines what we can do about the political barriers to strong and effective climate policy action. 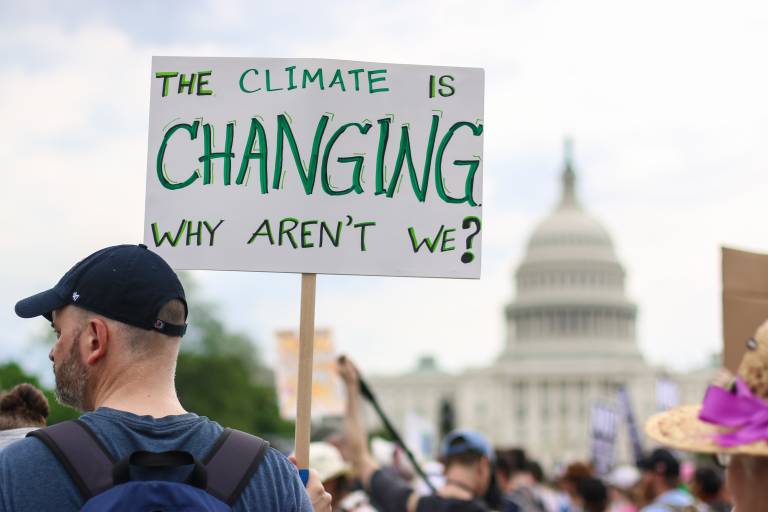 Climate change mitigation policy is going to be one of the most important policy areas for governments for the rest of the century, if not longer. There is an existential urgency to the issue: we are not moving fast enough to reduce greenhouse gas (GHG) emissions - governments must do more.

Fortunately, there are no shortage of economists offering a variety of different policy options and we have technology available today that can significantly reduce emissions. The key obstacle is political.

There are several key political barriers to enacting strong and effective climate policy: most importantly, the transition to a zero-carbon society involves introducing short-term costs to incentivise the development and deployment of clean energy, increase building efficiency and the uptake of electric vehicles, and produce steel, cement, and chemicals without generating GHG emissions.

Nevertheless, the long-terms benefits of a zero-carbon society far outweigh these short-term costs, and most importantly, such initiatives would ensure that the Earth’s climate remains hospitable to life. For this reason, climate policy should always be thought about, and framed politically, as an investment toward a better future.

Governments face two key issues when trying to enact long-term policy investments. First, there is the democratic intuition that voters react negatively to the idea of putting up costs and potentially remove any government that tries to do so. Second, there is opposition from some parts of the business community, which can use its power to obstruct, delay, and stymie climate policy reform.

My recent research demonstrates that, in fact, national political institutions are a key driver of climate politics. These domestic institutions help or hinder governments in overcoming both electoral and business opposition. Institutions that insulate politicians from voter backlash, such as proportional electoral rules, better enable governments to enact costly policies that generate benefits beyond the next election. Institutions that foster negotiation and cooperation between business and the state (what political economists call ‘corporatism’), better enable governments to provide credible compensation to business, which helps to ease the costs of adjustment for them and their workers, defusing opposition.

The key point is that domestic political institutions help to explain of why some countries lead on climate policy and others lag.

It cannot be as simple as suggesting that climate laggards alter their national political institutions – such a process may take a generation and climate change is an urgent challenge – so we need to design climate policy that accommodates these differing national political systems and policy styles.

In countries using majoritarian electoral rules, for example, such as Australia, Canada, the U.S., and the U.K., politicians are very sensitive to imposing costs on the public. In such contexts, designing policies in a way that public costs are disguised or offset by immediate benefits will be important. Canada’s carbon tax aimed to equalize short-term costs and benefits for voters by recycling revenues back to households as soon as the policy came into force. So far, the policy has stuck and Prime Minister Trudeau has been re-elected. Another avenue is to separate the means and the ends of decarbonization by adopting long-term emissions reduction targets, but leaving the details of costly policies to future governments. This sets climate policy in law with less political conflict. It is the approach taken by the UK’s flagship 2008 Climate Change Act.

In countries without institutions that foster compromise between government and business, it is especially important that policies be deliberately designed to politically disempower policy opponents and empower proponents. For example, strong state support for clean energy industries helps them to grow economically, but also politically, as they become engines of employment, for example. Doing so provides a political counterweight to carbon-intensive industries.

Indeed, altering the landscape of economic power changes the politics.

Effectively addressing long-term challenges like climate change requires certain political ingredients, namely the ability of politicians to overcome opposition to costly change from voters and business. To a large degree, political institutions influence the availability of these ingredients and therefore structure how the politics of climate change plays out in different countries.

Because institutions do not change quickly, climate reforms must be designed to fit a country’s political reality today; rather than relying on orthodox, one-size-fits-all policy prescriptions. Policy has the best chance of success when it works with the politics, not against them.