Stephen Neidle’s interests are in the structures, chemistry and biology of nucleic acids and their recognition by small molecules, and in exploiting this information for the rational design of novel therapeutic agents.  In particular he has pioneered multi-disciplinary studies on the structure and recognition of G-quadruplex nucleic acids as drug targets. He has published over 500 papers and reviews and 14 patents and has written and edited a number of books on these topics. His current h index is 97 (Web of Science) and112 (Google Scholar).

The novel antibiotic Ridinilazole is directly derived from and closely related to, earlier compounds invented by him, in collaboration with John Mann (formerly at Queen’s University Belfast). Summit Therapeutics, now a USA-based based drug discovery company, commenced a Phase I clinical trial for Ridinilazole in 2012. This novel orally available antibiotic is selective for the treatment of C. difficile infection, a serious hospital-associated bacterial disease especially affecting the elderly. It is notoriously hard to treat with existing drugs. A proof-of-concept Phase II clinical trial has shown significant superiority over the current agent of choice. Summit Therapeutics is undertaking large-scale Phase III trials. Ridinilazole has been granted Fast Track designation by the US FDA. It was developed by Summit and its biological properties were characterized in collaboration with the Neidle laboratory, funded by the Wellcome Trust Seeding Drug Discovery Fund (Mann et al, MedChemComm. 2015: Dale et al., Med Chem Res, 2022).

Work in the Neidle laboratory on cancer therapeutics is focused on the occurrence of quadruplex DNA and RNA sequences in regions of the human genome associated with oncogene expression and targeting these with small molecules. This approach is being applied to areas of high unmet clinical need in human cancers. Lead compounds show high activity in drug-resistant cancer cells and in in vivo models for pancreatic cancer (see for example: ACS Med. Chem. Letters, 2020, 1, 1634-1644; Scientific Reports, 2020, 10, 12192). This work has been supported by the UCL Technology Fund, the MRC and the Wellcome Trust, and was licensed in January 2022 to Qualigen Inc for clinical development. A clinical candidate compound is now at the pre-IND stage.

Collaboration with Adrian Isaacs (Institute of Neurology, UCL), David Boykin and David Wilson (Georgia State University, Atlanta, USA) has focused on the incurable neurodegenerative disorder ALS (amyotrophic lateral sclerosis).  The expansion of a GGGGCC repeat within the first intron of the C9orf72 gene is the most common genetic cause of ALS. Several small molecules have been identified that stabilize RNA quadruplexes formed within the intron, and which ameliorate the key pathologies associated with C9orf72 ALS. This provides proof of principle in vitro and in vivo that targeting GGGGCC repeat quadruplexes has therapeutic potential (Simone et al, EMBO Molecular Medicine, 2018, 10, 22-31).

Professor Stephen Neidle is a chemistry graduate of Imperial College (DSc, PhD, ARCS), where he also undertook research on the structures of a number of complex natural products and antibiotics. After a period as an ICI Fellow of the University of London with MB Hursthouse, he joined the Biophysics Department at King’s College London, which initiated his interest in nucleic acid structural studies. He was one of the first Cancer Research Campaign Career Development Awardees, and was a Life Fellow and Professorial Fellow of Cancer Research UK 1986-2012. His work has been recognized by a number of awards, including the Sosnovsky and Aventis Prizes for work on the medicinal chemistry of cancer, the Interdisciplinary and Medicinal Chemistry Award of the Royal Society of Chemistry, the Paul Ehrlich, Kelland and Guggenheim Lectureships, and a visiting Professorship at the University of Rome.

He was appointed to the Chair of Biophysics at the Institute of Cancer Research in 1990 (where he was also Academic Dean 1997-2002) and moved to the School of Pharmacy, University of London in 2002 as the first holder of the Chair of Chemical Biology. He has also been Research Director of the School.

Stephen Neidle has been Editor-in-Chief of "Bioorganic and Medicinal Chemistry Letters", and is currently a member of the editorial boards of the journals "Nucleic Acids Research," and "Methods". He has chaired the editorial board of "Annual Reports in Medicinal Chemistry" (2016-22) and was Chairman of the Editorial Boards of Tetrahedron Journals 2011-13 and the RSC Biomolecular Sciences book series.  He was Founding Chair of the RSC Chemical Biology Forum 2000-2005 and Chair of the Chemistry in Cancer Research Working Group, American Association for Cancer Research, 2011-12. Chair, Science Foundation of Ireland grants panels 2017, 2018, 2021; member UK Blavatnik UK Awards Panel for Chemistry 2017-2019; Chair of the Medical and Health Sciences Panel, Czech Academy of Sciences, 2020. 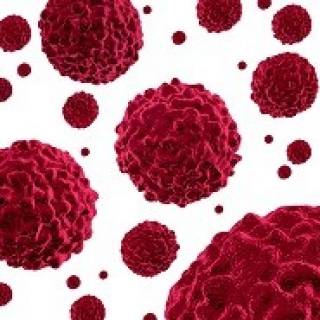