Dr Mine Orlu prioritizes patient centric drug delivery by translating high quality basic research into clinical benefit via improved treatments and interventions. With a background in paediatric pharmaceutics, her main interest is at the interface between clinical pharmacy and pharmaceutics enabling older patients to have access to safe, effective and acceptable drug delivery systems.  The demographic trend is moving towards a society with an increasing percentage of older people. The increase in life expectancy is a great achievement. However, it brings specific healthcare and medication needs. The therapeutic approaches should not only focus on efficacy, safety and quality of a drug therapy but also aim for improving the quality of life and patient acceptability. The heterogeneity of geriatric population represents a major challenge. Hence, a more individualized approach should be brought into geriatric drug delivery. Dr Orlu`s current projects are based on developing tailored formulations considering the effect of ageing on physiological and functional capacity.

Dr Mine Orlu involved in developing and delivering Pharmaceutics courses for undergraduates in Istanbul University, Faculty of Pharmacy. As a member of the teaching team in UCL School of Pharmacy, she has contributed in delivering modules in undergraduate and postgraduate degree pharmacy programmes. On the purpose of becoming fully effective teaching member of the community at UCL, Dr Orlu completed the Professional Certificate Programme in Teaching and Learning in Higher and Professional Education provided by the University of London, Institute of Education. Dr Orlu is the lead for Interprofessional Education at UCL School of Pharmacy.

Dr Mine Orlu is a pharmacist. She graduated from Istanbul University, Faculty of Pharmacy. She received her MSc on the subject of colon targeted microspheres in 2003, followed by a PhD about fluorescently-labeled nanoparticles and their interaction with lung cells in 2008 from Istanbul University, Faculty of Pharmacy. During her PhD studies, she held a 1-year visiting scientist post at King`s College London funded by Marie Curie Host Fellowship for Early Stage Training in the 6th Framework Programme of the European Commission. In respect to this, she was awarded an additional professional qualification, Euro-PhD in Advanced Drug Delivery, certified by Galenos Network & Saarland University, Saarbrucken, Germany. She started The School of Pharmacy, University of London in March 2008 as a post-doc for Prof Oya Alpar to perform studies on vaccine formulations. In her second post-doc position, she joined Prof Catherine Tuleu`s group as a Teaching and Research Fellow at UCL School of Pharmacy, Department of Pharmaceutics, Centre for Paediatric Pharmacy Research to work in the field of paediatric pharmaceutics and drug delivery. Her fellowship was funded by UK NIHR Medicines for Children Research Network (MCRN) from 2009 to 2012. As main part of her MCRN role as formulation research fellow, she worked closely with the MCRN Clinical Study Groups and provided pharmaceutical expertise in the development of patient-friendly formulations and appropriate trials supplies for the success of studies in children. Dr Orlu was appointed as Lecturer to develop a research agenda in `medicines for older people` in October 2012. She was promoted to Associate Professor in October 2018. She co-chairs `The Academy of Pharmaceutical Sciences - Age Related Medicines Focus Group`. Dr Orlu is member of the `European Forum for Good Clinical Practice` (EFGCP) `Geriatric Medicines Working Party` and associate member of the `European Paediatric Formulation Initiative` (EuPFI). She co-leads the `Understanding the Gastrointestinal Absorption-related Processes` (UNGAP) COST Action CA16205- Working Group 1: Special Populations. Dr Orlu is Programme Director for MSc Pharmaceutics at UCL. 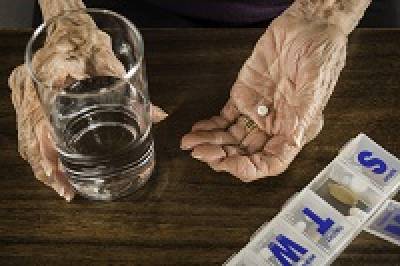