Browse the range of our past and present projects below by category (although most are multidisciplinary!)

Contact us for further details or with your research questions and design proposals! 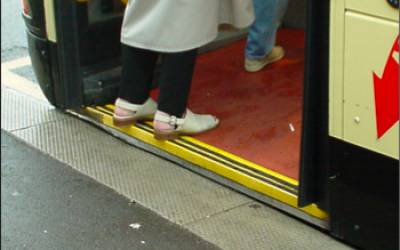 In this project involving bus stop design in London and Brighton, we introduced a new design of kerb which allows the bus to be steered by the kerb as it approaches the bus stop. This means that the bus can stop very close to the kerb so that it is not necessary to use a ramp for wheelchair users to board the bus, and it is much easier for older people to step onto the bus. 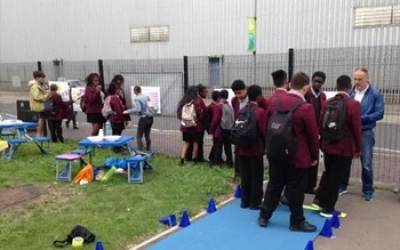 We are trying out different kinds of surface for the pavements we walk on in our town centres. This example is based on the design used for the running track in the London Olympics. This is a little softer than the usual concrete surface and much more comfortable to walk on. It is less likely to hurt or cause injury if you are unlucky enough to fall on it, but it could also help to reduce the chances of falling in any case. 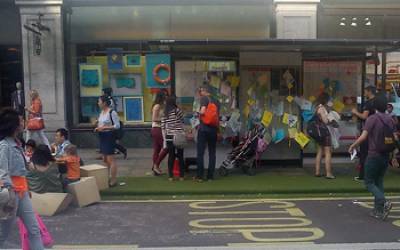 We collaborate with organisations such as Transport for London to engage the public
in the future design of a city’s public infrastructure. This inter- active bus stop was part of the annual Summer Streets festival in central London which asked the public to propose what they would like their bus stop to be. 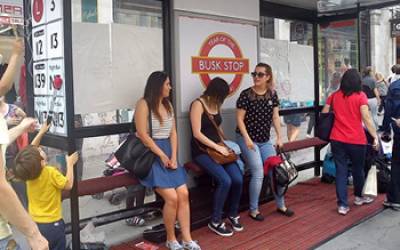 An interactive bus stop devised for Transport for London’s ‘Year of the Bus’ festival in 2014, this Musical Bus Stop encouraged members of the public to collaborate together to create a musical performance. The bus stop was fitted with sensors that people could activate, transforming it into a place of interaction. 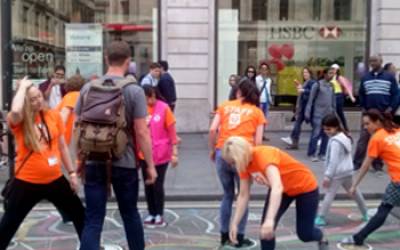 An interactive map of London with site-specific sounds activated by people’s movement. Implemented on the streets of central London as part of TfL’s ‘Transported by Design Festival’ in 2016. An improvisational dance group created a collaborative performance in which members of the public were invited to join in, activating the street allowing us to better understand the sounds and rhythms of the city. 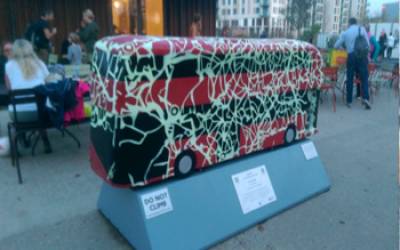 This colour-changing, glow-in-the-dark sculpture was part of TfL’s bus sculpture trail in London 2014. Responsive to environmental conditions such as temperature and lighting, it enabled the public to dynamically alter its appearance through their interactions with it.

Transforming the way we learn 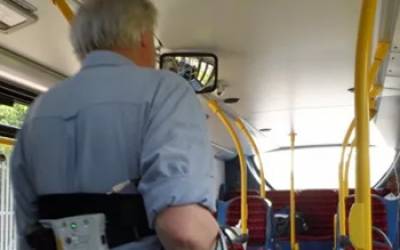 PEARL is instrumental in the execution of existing Undergraduate and Masters programmes, including UCLs radical MEng/BEng in Civil Engineering and our joint MSc in Transport with Imperial College London. Our focus is on developing the ability to solve urban design related scenarios - major problem-based challenges through hands-on group work and design. With the ability to simulate urban scenarios at real-scale, we allow students to get a real feel for what they are dealing with, better prepared for designing the real world. 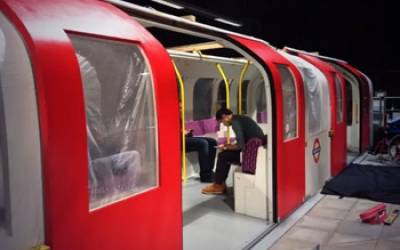 In addition to doctoral programmes directly related to transport and engineering, PEARL also supports the research of the Leverhulme Trust-funded Ecological Brain Doctoral Training Programme, concerned with the interactions between people and their environments. 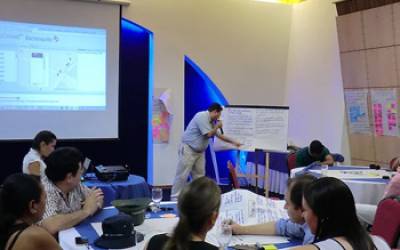 We also have two new Masters programmes in the works:

Focussed on bringing multiple strands together in order to develop solutions to complex challenges. Involving world-renowned decision-makers from a number of fields.

Advancing the concept of city planning, a ‘city curator’ looks after a city, learns about its inhabitants as well as its history, seeks to develop a narrative to take the people forward towards the future and then has the capacity to design the city that will make that story real. 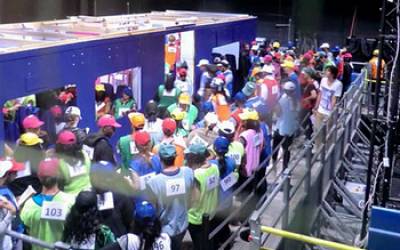 In 2008, we were asked by the UK Government to test the feasibility of the operational schedule of the proposed Thameslink railway service. We conducted a platform-train interface (PTI) experiment, creating a full-size mock-up train carriage and associated station platform to test a variety of operating conditions. Our experiments showed that the operator’s proposed schedule would not work based on their assumption of passenger flows through the train doors in the time available. This led to a revision of the design of the trains and PTI so that the necessary capacity could be met. Our regulatory advice has since affected train and PTI design in other rail schemes.

Accessibility in shared spaces in London 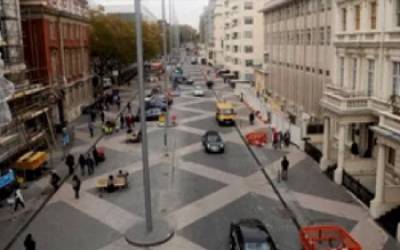 We were involved in the redesign of a major shared space scheme in London. Due to the need to safely mitigate high volumes of traffic and pedestrian flows, Transport for London asked us to advise on which tactile paving would be most suitable for warning pedestrians. Upon testing different designs in our lab with different users (including visually-impaired and wheelchair users), we found that there was no one ideal solution for all, but could advise on the opportunities and limitations of each. This meant that TfL could make an informed decision about the accessibility and equity of its design proposals.

Dementia and vision: “Seeing what they see” 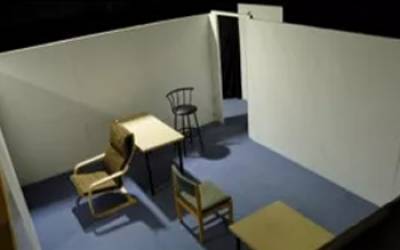 We were involved in an ESRC/NIHR project “Seeing What They See” (SWTS) which involved clinical neurologists, psychologists, ophthalmologists, social work researchers, statisticians and computer scientists to better understand how people with dementia see, particularly those with Posterior Cortical Atrophy. We conducted controlled experiments in a safe environment in order to observe how they see and move around a variety of environments. By better understanding how they interact with their environments, we can begin to design the urban environment in a more perceptible and accommodating way, an initiative of the NHS Barking Riverside Healthy New Town. 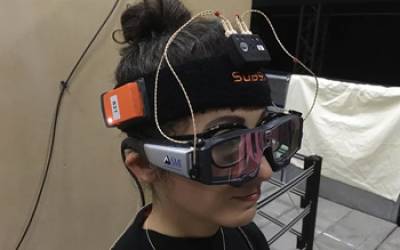 We are one of the laboratories in UCL’s Ecological Brain Doctoral Training Programme, concerned with how the brain responds to stimuli in the real world, as opposed to responding to stimuli generated in artificial and highly controlled circumstances in research laboratories. Using PEARL we can create simulations of real world environments, including lighting, noise and smell, so that researchers can learn how the brain responds to stimuli in more realistic environments, complementing that of the traditional laboratory. 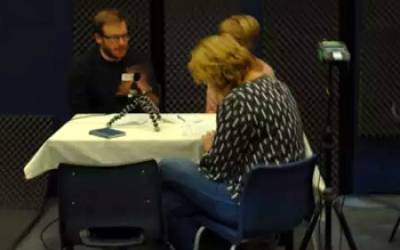 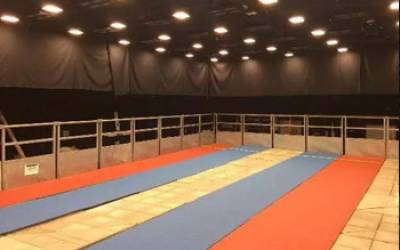 We are involved in a number of projects concerned with helping make moving around the city easier, particularly at the pedestrian-environment interface. To make walking a more comfortable and attractive option, we are exploring the use of footway surfaces which better support the feet. The aim is to not only increase the amount of exercise and its associated health benefits, but reduce the number and impact of stumbles and falls in the longer term. 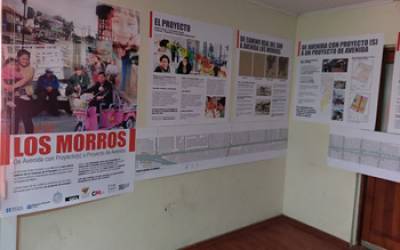 We have run a number of capacity-building workshops concerning sustainable urban development in a number of DAC countries in order to help their governments rethink the design of their cities for the twenty first century. With the support of the Foreign and Commonwealth Office, in 2014/15 we ran a series of capacity-building workshops for urban professionals and transport authorities focussed on improving mobility in Colombia and Panama. In 2016/17, we ran participatory design workshops in Havana, Cuba, and Santiago, Chile, in order to improve the quality of public urban spaces. We bring you our ethos of learning through doing, and our workshops are often quite practical, site-specific and collaborative. 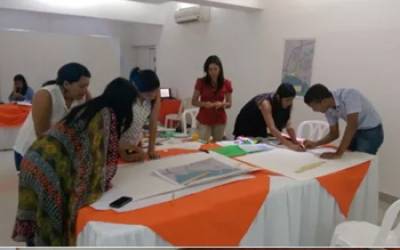 We also support local communities in their own site-specific endeavours to change the way they live. Since 2015, we have helped civil society Lima Como Vamos facilitate workshops focussed on designing and implementing small-scale urban interventions in Lima, Peru. We continue to support the community through presentations and work- shops at the annual International Forum for Urban Interventions. 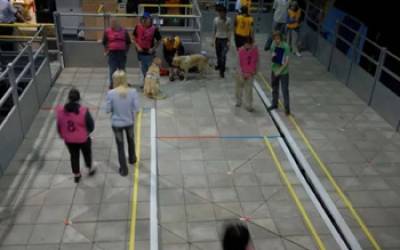 In 2008 London Underground wanted to install ‘platform humps’ on every platform of the Victoria Line as part of its upgrade. In order to ensure usability, we were asked to test the proposed angle of ramping and accessibility to various users. In our lab, we were able to model different ramp angles and conduct studies with various users, including visually-impaired people, wheelchair-users, and those using assistive mobility devices. The results showed that the ramp angles being suggested would not create conflict between users. We were also able to use these results to estimate the substantial savings for London Underground of raising the full platform length. 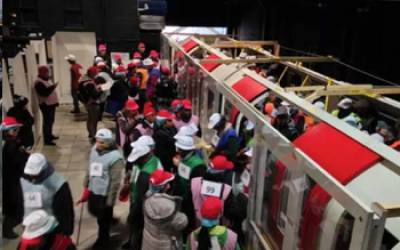 In 2010, the preferred bidder for the supply of the trains for the Thameslink service were required by Network Rail to submit their designs to be tested by us in the lab. We constructed a full-size half-carriage mock-up train to their design, including all their new features and some requested by Network Rail. This was tested against boarding/alighting scenarios provided by the proposed operator for each of the four London core stations. This resulted in several design changes made by the manufacturer prior to delivery of the trains. 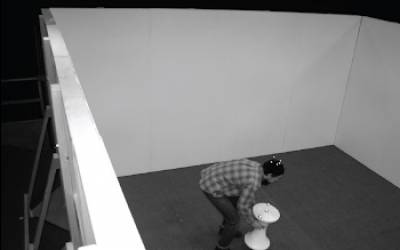 Following John O’Keefe’s discovery of ‘place cells’ (brain cells that fire at specific locations in space) in rats, for which he was awarded the Nobel Prize in 2014, the question arose of whether people had a similar system to help their navigation. Experiments had been done to explore this using Virtual Reality, but not in a physical setting. So we set up a physical environment whereby participants were asked to take a stool out of a closed room, and replace it a few minutes later after we had changed the shape of the room. Unlike in the VR experiments, we discovered that the best predictor for the new location was based on the route the participant took when they left the room on the first occasion, showing that their spatial memory could be linked to their memory of a physical route.

People with dementia in cities 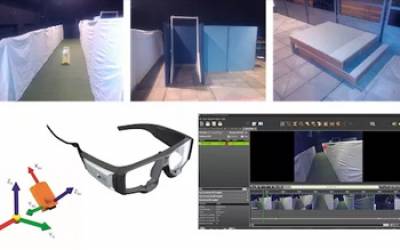 Very little is actually known about how people with dementia actually see and perceive the environment. In a project called ‘Seeing What They See”, funded by the UK Economic & Social Research Council and National Institute for Health Research, we worked with clinicians, ophthalmologists, neuroscientists and social scientists to understand this challenge. We instrumented people with different types of dementia and a control group so that we could see in detail what they were paying attention to and how they moved as they undertook a number of simple navigational tasks in the laboratory. The results have informed thinking about how to design the urban environment.