The PALS Green Impact team has been awarded the coveted ‘overall’ prize for the fifth consecutive year. 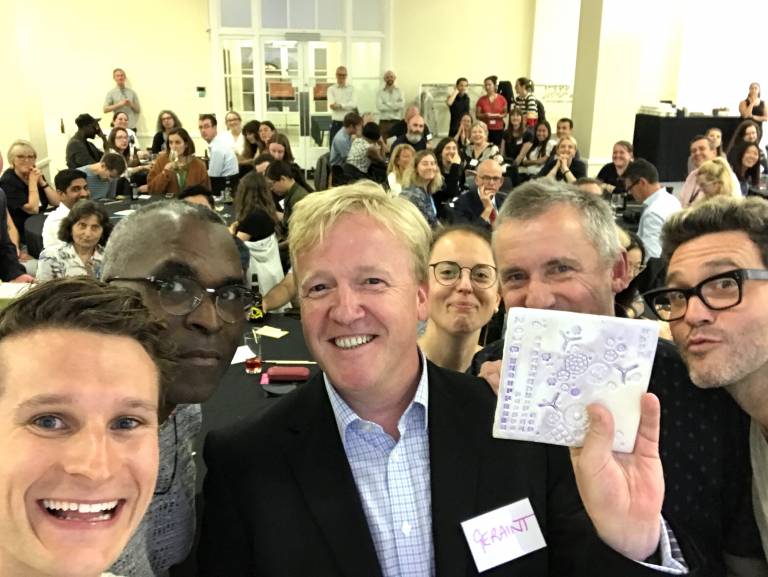 The event, held on September 4, celebrated the achievements of staff and students across UCL who are making a real contribution to the University’s sustainability agenda by taking part in Green Impact, UCL’s Sustainability Engagement Programme.

PALS was awarded the top prize due to their outstanding contribution to sustainability and a commitment to improving the environmental impact of the UCL buildings and laboratories in which it operates; building a community; and implementing initiatives around sustainability within various areas of the department.

PALS were also awarded ‘Platinum’ in their laboratories, and ‘Excellence’ in their offices for the sustainable practices they have implemented in recent years.

John Draper PALS Divisional Manager said: “I’m delighted that we have achieved such outstanding success in this year’s Green Impact awards and in previous years as well. It’s a huge recognition of the outstanding work that is undertaken within PALS by the staff and students in our Green Impact Team.

“It also highlights the commitment we have to sustainability issues within PALS. It was also pleasing to see awards for all the other Divisions and Institutes within Faculty of Brain Sciences who hopefully were inspired by some of our work.”

“It is remarkable to see so many UCL departments taking on the tremendous responsibility of developing and promoting sustainable initiatives. The growing number of departments who have joined the Sustainability Engagement Programme are a testament to the strength and power of the sustainability programme at UCL.” said Richard.

Sustainability ran throughout the entire event and showcased how events at UCL can have a reduced environmental impact. The ceremony, which took place in the Jeremy Bentham Room, presented awards to teams that were made from plastic collected during beach cleans imprinted in clay. The plastic objects, which ranged from plastic forks to children’s toys, are a stark reminder of the longevity of the objects we throw away. The awards were painted in a misty blue to represent the future.