Opinion: Chimpanzees rub insects on wounds - suggesting treating others may not be uniquely human

The way that the chimpanzees of the Rekambo community treat both their sores and those of others, suggests that they may share prosocial tendencies with humans, say Dr Alexander Piel (UCL Anthropology) & Dr Fiona Stewart (Liverpool John Moores University). 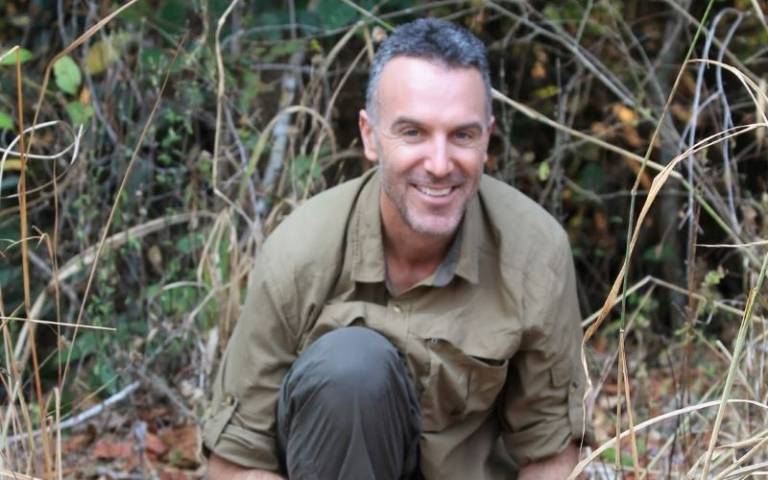 The chimpanzees of the Rekambo community in Gabon, West Africa never fail to surprise. For a start, they are known to kill and eat tortoises, which set them apart from any other community of chimpanzees. Now they have been seen displaying another unique behaviour – one which has never been seen before despite many years of painstaking research.

In their new study published in the journal Current Biology, researchers have described how they saw Rekambo chimpanzees applying insects to their own open wounds, and, even more amazingly, to the wounds of other community members too.

Even by itself, treating wounds with insects is a groundbreaking observation – but until now no other animal, apart from humans, has been seen treating the wounds of others.

Humans have been using local remedies (such as roots, leaves, bark and other animals) as medicines for at least 5,000 years, a practice that has been passed down over generations within societies all over the world.

There is some use of insects in traditional human medicine too. For example, leeches have been used to clean wounds, slugs and snails to treat inflammation, spider webs to dress wounds and termite pincers to inject medicine under the skin.

Is it possible, perhaps, that such cultural use of plants and animals to treat injuries and illness was inherited from a common ape-like ancestor millions of years ago?

As in humans, self-medication in wild animals is not uncommon –individuals from a diverse range of species, including chimpanzees, select particular plant foods that contain chemicals known to treat infection by parasites.

Some species, such as wood ants, even anticipate infection, adding antimicrobial resin from nearby trees into their nests, which reduces the colony’s exposure to microbes.

To date however, this widespread behaviour almost always centres on self-medication with plant material. Never before has the use of insects on wounds been observed.

They caught an insect from the air, which they immobilised by squeezing between their lips. Then they placed it on an exposed surface of the wound and moved it around using their fingertips or lips. Finally, they extracted the insect from the wound.

But the use of insects didn’t stop there. In a remarkable act of “allocare” (caring for another individual) a mother was seen applying insects to her offspring’s wound, and a further two adult chimpanzees treated the wounds of another community member.

The researchers do not yet know which insects were used, if they have any associated chemical properties or, most importantly, whether applying them to wounds has any health benefits. But what they do know is that the chimpanzees’ behaviour is extraordinary for a variety of reasons.

First, it’s likely an example of allo-medication behaviour (medicating others) in apes, which has never been seen before.

The authors think this is a possible prosocial behaviour – defined as one that benefits another individual. Humans are characterised by our propensity to volunteer, share and cooperate among others – but whether other species, especially our closely related cousins, also exhibit this type of behaviour remains unclear.

There is evidence for prosociality in captive bonobos (our other closest living relative) where they have been seen assisting an unfamiliar, non-group member to obtain food during an experimental task.

But up to now, its presence in chimpanzees is contentious. The current study undoubtedly pushes the needle towards their sharing some prosocial tendencies with humans.

Second, self-medication has long been associated with ingestion of plants with specific medicinal properties. In a recent study, orangutans were shown to mix saliva with leaves from plants containing anti-inflammatory properties and apply it to various parts of their body – the first recorded case of topical self-medication in animals.

But never before have scientists observed chimpanzees (or any animal) essentially “treat” a wound, nor apply a different animal species to a wound.

In that sense, the observations stand out for what these chimpanzees are doing and how. Commonly known as “anointment”, rubbing a material, object or substance on a bodily surface has been observed in numerous species.

Mammals are especially known to rub themselves against trees and rocks or fruits and arthropods to pick up a particular scent, and birds have been seen to capture and rub millipedes on their plumage, probably to deter ticks.

In primates, anointing behaviour is also widespread. It’s not yet clear whether Rekambo chimpanzees are in fact rubbing the insects. But as they are uniquely targeting open wounds, it does suggest that it could well be an act of medication.

Identification and analysis of the insect species used by Rekambo chimpanzees will be key to revealing the purpose and effectiveness of this newly reported medication behaviour. Perhaps the insects from Gabon will be revealed to have wound-healing or anti-inflammatory properties, just like the plants used by orangutans.

Finally, although there can be little dispute about the cultural diversity in chimpanzees, the Rekambo chimpanzees continue to stand out for their uniqueness. It begs the question, what else do these chimpanzees have in store for us?

This article first appeared in The Conversation on 9th February 2022.