A UCL-led research team will be studying London taxi drivers’ brains and whether they could uncover clues to help understand Alzheimer’s disease. 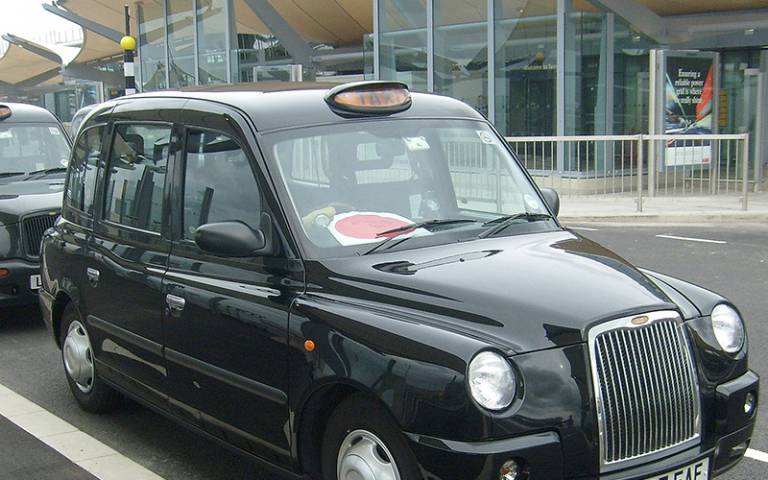 Funded by Alzheimer’s Research UK and Ordnance Survey, the study is recruiting London taxi drivers and looking at a specific part of the brain – the hippocampus – that is involved in memory. It is often one of the first areas damaged in Alzheimer’s disease.

Participants who can, will have an MRI scan to look at the structure of the hippocampus.

All taxi drivers in the study will do a navigation task to test their ability to plan routes through London. They will also be asked to complete some questionnaires after this.

Previous studies have shown that taxi drivers have a larger hippocampus compared to non-taxi drivers. This is interesting as this brain region shrinks and becomes damaged in Alzheimer’s disease, leading to symptoms of memory loss and confusion associated with the disease.

Professor Spiers said: “We know from previous research that the hippocampi of London taxi drivers’ brains are larger than average, and that this is also an area that shrinks in people with Alzheimer’s disease. We hope that taxi drivers could help us learn more about how the hippocampus helps us to navigate, which could provide new insights into how this part of the brain is involved in the early stages of Alzheimer’s.”

Dr Laura Phipps, from Alzheimer’s Research UK, said: “Almost one million people in the UK are currently affected by dementia and there is an urgent need to better understand the changes in the brain causing these diseases.

“Problems with coordination and getting lost can be one of the first symptoms in the early stages of Alzheimer’s disease. Studying London taxi drivers provides a unique opportunity to understand these early changes, with the hope of improving early detection and diagnosis of Alzheimer’s in future. Diseases like Alzheimer’s can start in the brain up to two decades before symptoms show, so understanding how to identify those at risk early could help researchers to deliver life-changing preventions and treatments in the years ahead.”