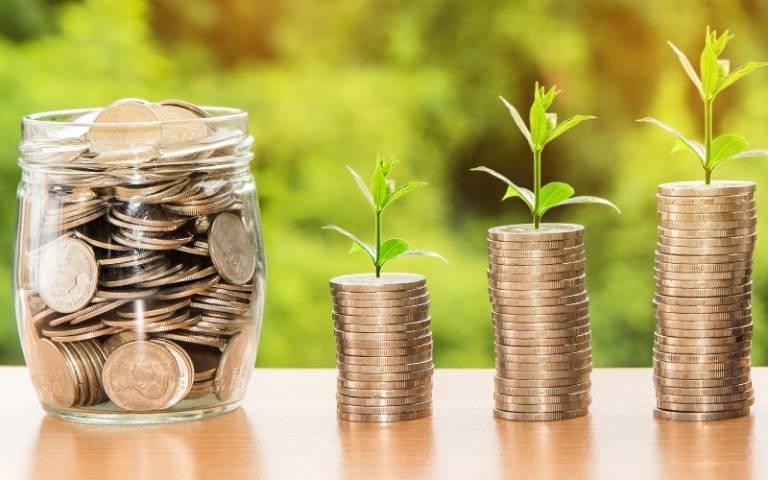 The study, commissioned and funded by St James’s Place, Britain’s largest provider of financial advice, measured the financial capabilities and behaviour of 3,745 British 7–17-year-olds through a series of questions relating to finance including interest rates, inflation, spending, savings, and tax. The participants were all part of the UK’s Children and Young People’s Financial Capability Survey.*

The researchers then converted their answers into an overall score to compare the average percentile ranking of children from advantaged and disadvantaged socio-economic backgrounds. On this scale 100 represented the top 1% of children in terms of their financial skills and 1 accounted for the bottom 1% of children.

Lead author, Professor John Jerrim (UCL Social Research Institute) explained: “It is deeply concerning that there appears to be a significant gap in disadvantaged children’s financial knowledge which appears to emerge when they are young.

“Our study shows that the financial skills of disadvantaged children, who are just about to leave secondary school, are similar to those children from advantaged backgrounds who have just joined secondary school.

“For instance, at age 17, there is a difference between socio-economic groups – on average – of around 14 places in the financial skills rankings (low socioeconomic status (SES) = 55th percentile versus high SES 69th percentile). We also see that this gap is similar at age 13, indicating that the root causes of these inequalities in young people’s financial skills is taking hold before children enter secondary school.”

As part of the study, young people were also asked about their knowledge of how interest rates work. Around one-in-three (33%) 11-17-year-olds from low socio-economic status families could not work out the amount of money they would have in their savings account with an interest rate of two per cent. This is compared to just 14% of children from affluent family backgrounds.

More affluent parents tended to have greater confidence in being able to teach their child about how to manage money compared to less affluent parents (65% versus 52%) and say that they will be able to affect how their child will behave with money in the long-term (46% versus 37%), than disadvantaged parents.

When the researchers looked at differences in financial skills taught in school there were large socio-economic gaps. For example, children from advantaged socio-economic backgrounds were much more likely to report that they have been taught skills such as working out change from shopping (67% versus 54%), saving money (43% versus 28%) and the difference between the things you “need” and “want” to buy (36% versus 27%) than their disadvantaged peers.

The authors also found that only a small proportion of primary school children are taught some really key financial skills at school. For instance, even amongst higher socio-economic status families, only around one-in-five primary children are taught about bank accounts, how to keep track of spending and saving, and how to spot advertising that is trying to sell them something.

The authors say more research is needed given previous work has shown that the UK has low levels of financial literacy by international standards, particularly among those in lower socio-economic groups. They also say the estimates provide evidence of conditional associations only and are not able to establish cause and effect.

Professor Jerrim added: “Given that young people from more disadvantaged socio-economic backgrounds are, unfortunately, most likely to struggle financially during adulthood and become trapped in a cycle of poverty and debt, much more needs to be done to improve disadvantaged young people’s understanding of money and how it works.”

Vicki Foster, Responsible Business director at SJP, “Money habits are formed at an early age and the lessons we learn as children carry through into adulthood. The quality of conversations in those formative years are therefore crucial in ensuring good habits are passed on to future generations. In an information age it is worrying that so many children still do not have access to sufficient financial education and that the impact of this affects those from disadvantaged backgrounds the most.

“At SJP, we have an ambition to improve financial wellbeing through the provision of education and support. Via classroom-based workshops we have already reached thousands of children and young people with educational programmes, while funding and resources provided through our Charitable Foundation are helping to make a difference in this space.

“Parents, teachers and responsible businesses can all play a role in helping to close the growing financial knowledge gap. This study by UCL has shone a light on an important issue, the solution for which is complex but not insurmountable with a collective effort.”