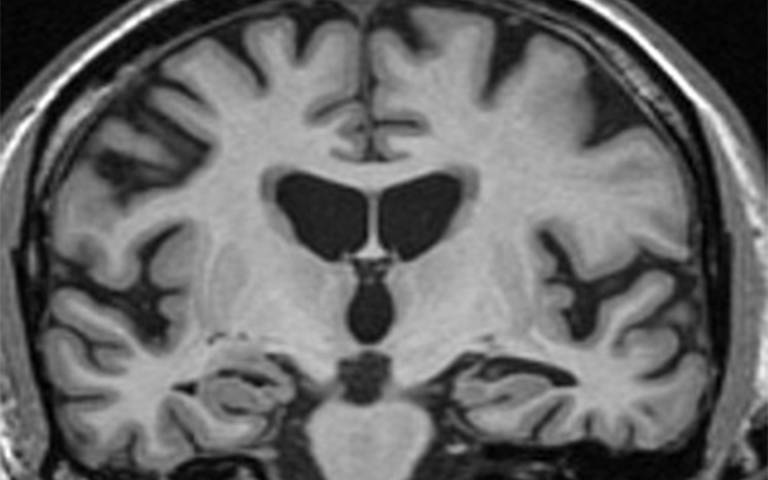 They found that worse cardiovascular health at age 36 predicted a higher brain age later in life, while men also tended to have older brains than women of the same age, as they report in The Lancet Healthy Longevity.

A higher brain age was associated with slightly worse scores on cognitive tests, and also predicted increased brain shrinkage (atrophy) over the following two years, suggesting it could be an important clinical marker for people at risk of cognitive decline or other brain-related ill health.

Lead author Professor Jonathan Schott (UCL Dementia Research Centre, UCL Queen Square Institute of Neurology and UK Dementia Research Institute at UCL) said: “We found that despite people in this study all being of very similar real ages, there was a very wide variation in how old the computer model predicted their brains to be. We hope this technique could one day be a useful tool for identifying people at risk of accelerated ageing, so that they may be offered early, targeted prevention strategies to improve their brain health.”

The researchers applied an established MRI based machine learning model to estimate the brain age of members of the Alzheimer’s Research UK-funded Insight 46 study, led by Professor Schott. Insight 46 study members are drawn from the Medical Research Council National Survey of Health and Development (NSHD) 1946 British Birth Cohort. As the participants had been a part of the study throughout their lives, the researchers were able to compare their current brain ages to various factors from across the life course.

The participants were all between 69 and 72 years old, but their estimated brain ages ranged from 46 to 93.

The researchers were able to explain roughly one third of the variability in brain age by reviewing various factors from across the life course.

People with worse cardiovascular health at age 36 or 69 had worse brain health, as did those with increased cerebrovascular disease on MRI (relating to blood flow and blood vessels in the brain). This aligns with a previous study led by Professor Schott finding that high blood pressure at age 36 predicted poorer brain health late in life.*

The study did not identify any associations between childhood cognitive function, education level or socioeconomic status, and a prematurely ageing brain.

The researchers also found that higher brain age was associated with higher concentration of neurofilament light protein (NfL) in the blood. NfL elevation is thought to arise due to nerve cell damage and is increasingly being recognised as a useful marker of neurodegeneration.

Dr Sara Imarisio, Head of Research at Alzheimer’s Research UK, said: “The Insight 46 study is helping reveal more about the complex relationship between the different factors influencing people’s brain health throughout their life. Using machine learning, researchers in this study have uncovered yet more evidence that poorer heart health in midlife is linked to greater brain shrinkage in later life. We’re incredibly grateful to the dedicated group of individuals who have contributed to research their entire lives making this work possible.”