UK and international representatives from civil society and beyond are calling on the UK Government to better support refugees coming from Ukraine, in a report by UCL experts for the Independent Anti-Slavery Commissioner (IASC). 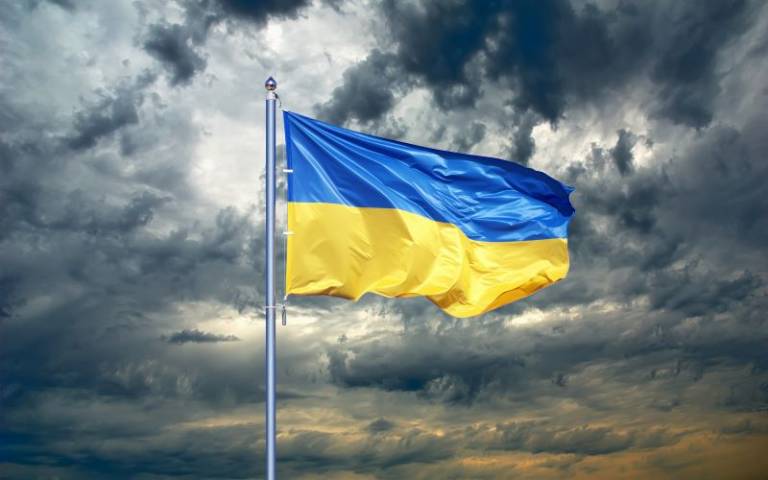 The call comes in the light of growing concerns about the risks of human trafficking and exploitation to refugees, particularly women and children, as they flee the war zone.

The report is based on a rapid evidence-gathering roundtable of over 100 experts from governmental organisations and sectors including law enforcement, healthcare, industry, academia and labour market enforcement, convened by UCL academics and the IASC, Dame Sara Thornton. It identified five main themes of concern and urgent recommendations for the UK Government to improve responses to refugees from Ukraine.

The policy recommendations for the Government include an urgent call to extend support to those at risk of falling prey to trafficking groups and reconsider the visa requirement, or at a minimum, extend access to its Ukraine-specific visa schemes. Provisions should be extended to include Ukrainians who became undocumented prior to 1 January 2022 and are consequently more vulnerable to trafficking and exploitation in the UK.

The report also calls for urgent measures from the Government to support hosts, local authorities and businesses in their responses to Ukrainian refugees. Clear, centralised guidance is needed to support diverse groups, reduce risks of human trafficking and exploitation, improve monitoring and early intervention and support access to justice and aid. There is also a call for the Government to support and fund local authorities to put plans in place to meet Ukrainian refugees’ housing needs.

The roundtable identified the UK’s response to the Ukrainian refugee crisis as lacking in clarity, resourcing and accountability, while the ‘hostile environment’ and its legacies creates a difficult climate in which to respond to the crisis.

Conflict is a driver of human trafficking and exploitation, and the fact that the majority of those fleeing Ukraine are women and children caused additional concerns as they are considered to be at higher risk of human trafficking and exploitation. Other groups at particular risk include separated and unaccompanied minors, the elderly, Roma and other minority groups and international students.

The roundtable identified a shortage of helpful official information and guidance for refugees, local authorities, hosts and businesses. As alternative organisations step up to fill this gap, participants warned of information overload, whereby a high volume of decentralised and fragmented material and initiatives can cause confusion and make it harder for refugees to access the support they need.

There were major concerns that the requirement for visas further heightens risks to refugees travelling and those in the UK, and that gaps in safeguarding and oversight in the UK’s visa schemes left refugees additionally vulnerable to abuse. The risks of domestic servitude in the Homes for Ukraine scheme were also highlighted, where unclear Government guidance was seen to heighten the risk of exploitative placement conditions. Amid the current housing crisis, participants saw local authorities as likely to struggle to meet the housing needs of refugees from Ukraine who are not provided accommodation under their visas or whose Homes for Ukraine placements break down.

The European Union’s visa-free response to the refugees was praised as a vital source of resilience to human trafficking and exploitation. Major concerns for the UK centred on difficulties and delays in getting sanctuary and accessing the labour market, housing and other crucial social infrastructure.

Lead author Dr Ella Cockbain (UCL Department of Security & Crime Science) said: “There was clear consensus among experts from across different backgrounds that new risks specific to this war are interacting with existing systemic issues in the UK, putting many refugees from Ukraine at heightened risk of human trafficking and exploitation – both on the way to the UK and once here. Policy decisions can make a vital difference between building resilience and providing access to much needed rights and support, and actively creating and exacerbating risks to already marginalised and vulnerable groups.

“Both improved crisis responses and longer-term strategic planning are vital in reducing the risk of refugees from Ukraine being trafficked and exploited in the UK. Simply warning people about human trafficking and modern slavery is not enough, they need to be given safer, better options and access to vital support if things go wrong.”

The roundtable participants were from organisations including the UN Office for Drugs and Crime (UNODC) and the Modern Slavery and Human Rights Policy and Evidence Centre. The emphasis was on the UK context, within the broader international landscape.

Dame Sara Thornton (Independent Anti-Slavery Commissioner) said: “The UK response via the Homes for Ukraine Scheme has demonstrated the public’s willingness to assist and support those who have been forcibly displaced. As this scheme and other initiatives progress it is vitally important that we put systematic measures in place to ensure that the risks of exploitation do not become a reality. The immediate response is important, but we also need to think about the long term. What we must do now is put in place systematic prevention and protection measures to ensure the risks of trafficking and exploitation do not become a reality. I have been pleased to support this important work, which I hope will inform both the immediate and long-term response. It is also vitally important that the learning extends to future humanitarian crises.”

Roundtable participant Dr Claire Healy (UNODC Research and Trend Analysis Branch) said: “We have the evidence on risks of human trafficking in countries affected by conflict and among people fleeing conflict, so we can act now to prevent victimization of both Ukrainians and non-Ukrainians. Access to basic humanitarian needs, legal entry and legal status in countries of refuge, work for adults and education for children, can significantly reduce people’s vulnerability to trafficking in persons.”

In the longer term, the report calls on the Home Office to work with civil society and other statutory agencies to plan responses to future wars and mass displacements, learning from both good practice and shortcomings in responses to the Ukraine crisis and other wars, such as those in Afghanistan and Syria.

The roundtable was funded by the UK Economic and Social Research Council (ESRC).