Teenagers’ wellbeing seems to have little effect on GCSE performance

Pupils who feel particularly joyful do not do any better in their GCSEs than their peers who do not feel as happy, according to UCL research led by Professor John Jerrim. 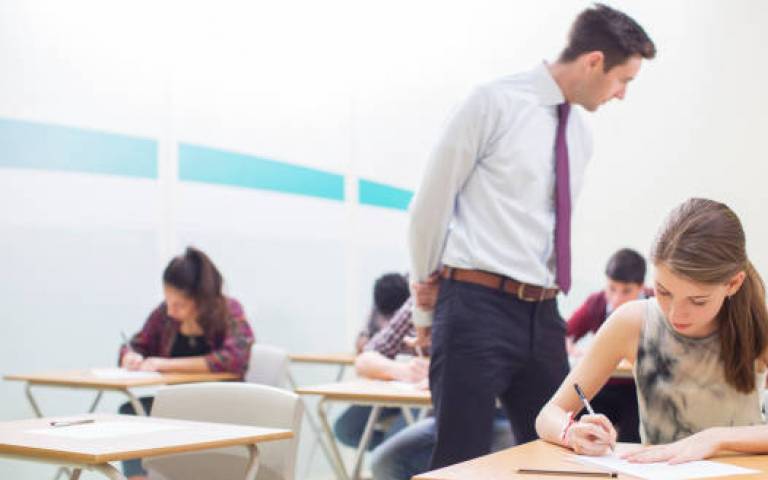 The peer-reviewed study, published in Assessment in Education: Principles, Policy and Practice, analysed data from 4,000 pupils aged 15 and 16 in England from PISA (Programme of International Assessment) 2018. In the sample, Year 11 pupils were asked how often they usually felt happy, lively, joyful, cheerful, or proud using a four-point scale of never to always.

Professor Jerrim (UCL Social Research Institute based at IOE, UCL’s Faculty of Education and Society) said: “This academic year we are due to see the return of GCSE examinations after a Covid-enforced two-year hiatus. Before the pandemic hit, there was much concern about how these high-stakes examinations may be affecting young people’s mental health.

“At the same time, it was recognised that those Year 11s who were struggling with their wellbeing may see their GCSE grades suffer as a result. The paper finds that the link between the wellbeing of Year 11 pupils and the GCSE grades they achieve is not actually as strong as you might think.”

Professor Jerrim explained: “The findings show that differences in GCSE grades when compared with wellbeing scores, are, on the whole, pretty small. And having low levels of wellbeing in Year 11 is associated with only a modest decrease in the probability of achieving at least a grade 4 in mathematics.

“The findings suggest that any claims of a link between negative emotion, fear of failure and educational outcomes are somewhat exaggerated and in reality, these emotions seem to be largely unrelated to young people’s performance in high-stakes examinations.

“Policy and practice should focus upon such emotions as being of importance and concern in their own right, rather than due to any potential link with future educational outcomes.”

Professor Jerrim highlights limitations to the findings including the fact that data was only collected at one single point in time and capturing variation in young people’s emotions throughout their time at secondary school, would help facilitate a more detailed analysis of the link between wellbeing and academic achievement.

The study also points out that data used in this research was collected prior to the Covid-19 pandemic, which has had profound impact upon young people’s wellbeing and school experiences.