Only children can manage the emotional and psychological demands of caring just as well as those who share duties with siblings, according to UCL researchers. 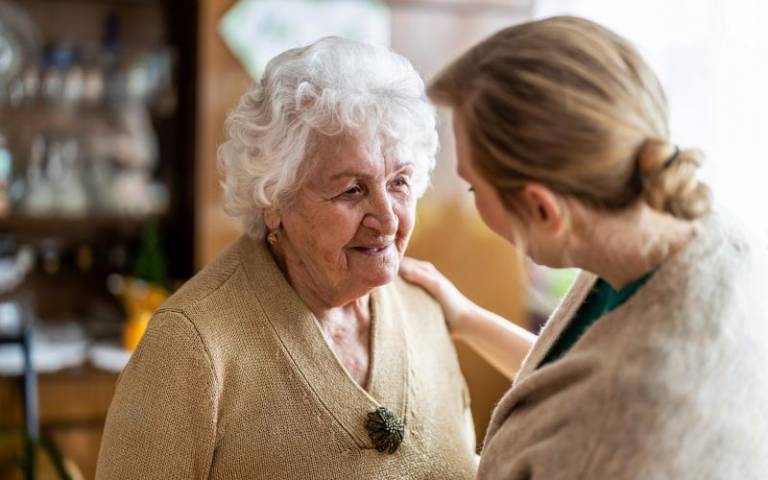 The new study, published today in Ageing and Society, shows that among adults born in 1946, 1958 and 1970, only children are more likely to provide care to their parents – including bathing and dressing, washing, ironing and cleaning, and paying bills – than those with brothers and sisters. In addition, only children become even more likely to provide care than those with siblings as their parents age.

Co-author, Dr Jenny Chanfreau (UCL Centre for Longitudinal Studies) said: “With the UK population living longer and the responsibility for care for ageing parents increasingly falling on their children, only children may find they have to face caregiving alone. As a result, we might expect that those caring for parents would suffer poorer mental health or report lower wellbeing than those who have siblings to lean on. Surprisingly, our new research finds that they tend to manage just as well as those with brothers and sisters.”

Researchers from the UCL Centre for Longitudinal Studies analysed data from more than 30,000 adults who are taking part in three of Britain’s birth cohort studies. They examined information reported by participants at different stages between their late 30s and their early 60s on whether they provided informal care to their parents, how many hours per week they gave support, and what types of responsibilities they had. The research team then analysed data from mental health and wellbeing assessments participants undertook during middle age.

Adults in their 40s and early 50s who provided care to their parents were likely to have worse mental health or wellbeing than those who did not have caring duties. But, in their early 60s, the mental health of those caring for parents did not differ to those who did not provide care. Although adult only children were more likely to provide care to their ageing parents than those with siblings, the researchers found that the mental health and wellbeing of the two groups was similar.

Co-author, Dr Alice Goisis (UCL Centre for Longitudinal Studies) said: “With the pressures faced by carers, it is reassuring to find that as adults only children cope with caregiving just as well as children with siblings, who can share the responsibility, time, and costs. With one child families increasing in recent generations, this research should give comfort to only children and their parents who might worry about future pressures related to caring.”

Only children made up 14% of the 1946 birth cohort, 7% of the 1958 group, and 8% of those born in 1970, corresponding with national trends reported by the Office for National Statistics (ONS). Looking ahead to potential future parent-carers, ONS data shows that 18% of women born in 1974 had one child by age 45.

The researchers also examined the carer’s gender and the gender of their siblings, finding that caring responsibilities and time spent caregiving tended to vary for women and men. Daughters were more likely to provide personal care to parents, such as assistance with bathing, dressing and feeding, while sons were more likely to provide help with practical tasks, such as repairs and paying bills.

Dr Chanfreau said: “In the UK, formal care for older people is not always affordable so care provision relies heavily on informal carers, such as spouses and children. This new research points to worrying inequalities in care, with daughters more likely than sons to provide support to parents. This raises concerns about the psychological and emotional pressures faced by carers, especially women.

“With the government promising to invest significantly in social care in the coming years, careful consideration is required about how relevant support can help reduce such inequalities, so all carers are able to balance the pressures of supporting parents with their everyday lives.”

Researchers used the detailed data collected in the study to statistically adjust for a range of observable factors, in order to rule out that the estimated associations between caring for parents and mental health and wellbeing were in fact driven by other influences. However, it would be impossible to conclude with certainty that other unobserved factors not controlled for in these models influenced the observed associations, or it may be the case that the direction of causality could at least in part run in the other direction, i.e., between mental health and caring.

Credit: PIKSEL on i Stock