A single dose of either the Oxford-AstraZeneca or Pfizer vaccines gives residents of care homes substantial protection against SARS-CoV-2 infection after four weeks, according to new pre-print findings from the Vivaldi study led by UCL researchers. 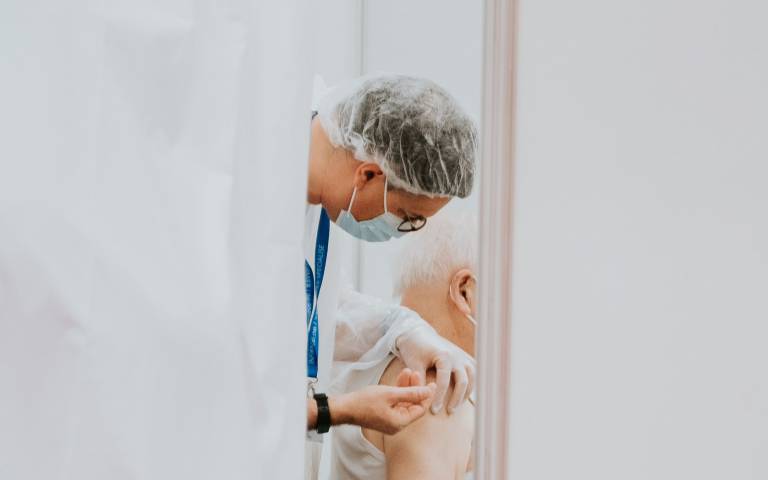 The study, funded by the Department of Health and Social Care, looked at data from more than 10,000 care home residents in England, with an average age of 86, between December and mid-March, comparing the number of infections occurring in vaccinated and unvaccinated groups (as identified by the gold-standard PCR test.)

Dr Maddie Shrotri (UCL Institute of Health Informatics) said: “Our study suggests that both vaccines currently in use in the UK are effective at reducing infections in frail, older adults. This new evidence is important because there is currently limited data about vaccine efficacy for this vulnerable population.”

Researchers also found evidence suggesting the infections occurring post-vaccine may be less infectious. Analysing lab samples from positive PCR tests, they found that samples taken at least 28 days after the first vaccine dose contained less of the virus, meaning they were “weaker” positives.

Dr Laura Shallcross (UCL Institute of Health Informatics) said: “Our findings show that a single dose has a protective effect that persists from four weeks to at least seven weeks after vaccination. Vaccination reduces the total number of people who get infected, and analysis of lab samples suggests that care home residents who are infected after having the vaccine may also be less likely to transmit the virus.

“We can also infer that the vaccines protect against the highly transmissible UK variant, as this was prevalent during the study period*.”

Chief Medical Officer for England, Professor Chris Whitty said: “These data add to the growing evidence that vaccines are reducing Covid-19 infections and doing so in vulnerable and older populations, where it is most important that we provide as much protection from Covid as possible.”

Minister for Care, Helen Whately said: “This virus sadly has the most serious and profound effect on older people living in care homes and making sure they are protected has been our priority for the last year.

“It is brilliant to see this is having the positive effect the science suggested, not only by preventing death, but also reducing the chance of infection.

“This is particularly important in keeping those most at risk from the virus safe."

The study looked at PCR test result data for 10,412 long-term care home residents from 310 care homes. The residents were all over the age of 65, and had routine monthly PCR tests as well as further targeted tests if an outbreak was suspected. The data included a total of 36,352 PCR results, of which 1,335 were positive.

Among care home residents who had previously been infected by SARS-CoV-2, a single vaccine dose appeared to have little impact, suggesting people who have a prior infection are already well protected.  However, only 11% of people in the study had been infected with SARS-CoV-2 before, so these early findings require further research.

The research is part of the ongoing Vivaldi study, launched in June last year, to investigate Covid-19 infections in care homes and inform strategies to protect residents. The study is a collaboration between researchers from UCL and the University of Birmingham and healthcare providers including Four Seasons Healthcare, HC-One, The Orders of St John Care Trust, and Friends Of The Elderly.

Dr Shallcross added: “This timely evidence on the real-world effectiveness of vaccines shows the value of collaboration between care homes and research teams. We would like to thank the healthcare providers who shared their data with us.”