The UK variant of SARS-CoV-2 spread rapidly in care homes in England in November and December last year, broadly reflecting its spread in the general population, according to a study by UCL researchers. 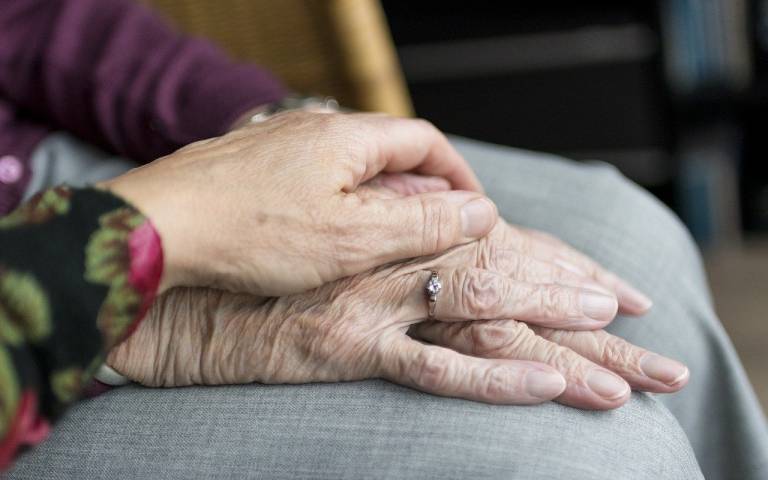 The study, published as a letter in the New England Journal of Medicine, looked at positive PCR tests of care home staff and residents between October and December. It found that, among the samples it had access to, the proportion of infections caused by the new variant rose from 12% in the week beginning 23 November to 60% of positive cases just two weeks later, in the week beginning 7 December.

The researchers said the timing of infections suggested the new variant may have been passed from staff to residents, with positive cases among older people occurring later.

Senior author Dr Laura Shallcross (UCL Institute of Health Informatics) said: “Our findings suggest the UK variant spread just as quickly in care homes as it did in the general population. This shows the importance of public health measures to reduce transmission in the country as a whole.”

Lead author Dr Maria Krutikov (UCL Institute of Health Informatics) said: “Our results are consistent with national trends, suggesting that the UK variant was present in care homes from early on, although our sample did not fully represent all care homes in England. As we carried out this work in December, we were able to inform public health decisions at the time.

“To see how viruses like Covid-19 are changing and to respond quickly and appropriately, it is really important we have an advanced surveillance system, with gene sequencing that can identify new variants as early as possible.”

PCR tests for SARS-CoV-2 are designed to detect three parts of the virus – the S gene, N gene, and ORF1ab. The UK variant, known as B.1.1.7., has changes in its S gene, or spike gene, which mean the tests do not detect this particular target.

This means researchers were able to identify the proportion of infections caused by the new variant by looking at the samples in which the other two targets, the N gene and ORF1b, were detected, but not the S gene.

They also compared Ct values, which show how much of the virus is present, to check the samples did not miss the S gene because they were “weaker” positive tests, with less viral material.

Their analysis showed that in late November, the proportion of infections associated with B.1.1.7 increased sharply in several regions of England. In London, this was from 20% (week beginning 23 November) to 66% (week beginning 7 December). In the east of England, it rose from 35% to 64% over the same period, while in the south east the increase was from 55% to 80%. The data was predominantly drawn from London, the south east and east of England and the Midlands, with fewer positive test samples from the north of England and the south west.

Most samples were from people aged under 65, as staff are tested much more frequently than residents. However, among samples from those aged over 65, the proportion of infections caused by the new variant rose from 14% in the week beginning 23 November to 76% in the week beginning 7 December. (The number of total positive samples was low – just 21 and 157 respectively.)

The research was conducted as part of the Vivaldi study looking at Covid-19 infections in care homes. It received support and funding from the Department of Health and Social Care.