Physically punishing children is not effective and increases behavioural problems

Physical punishment of children is not effective in improving children's behaviour and instead increases behavioural difficulties, according to a landmark review led by UCL and an international team of experts who have analysed 20 years’ research on the topic. 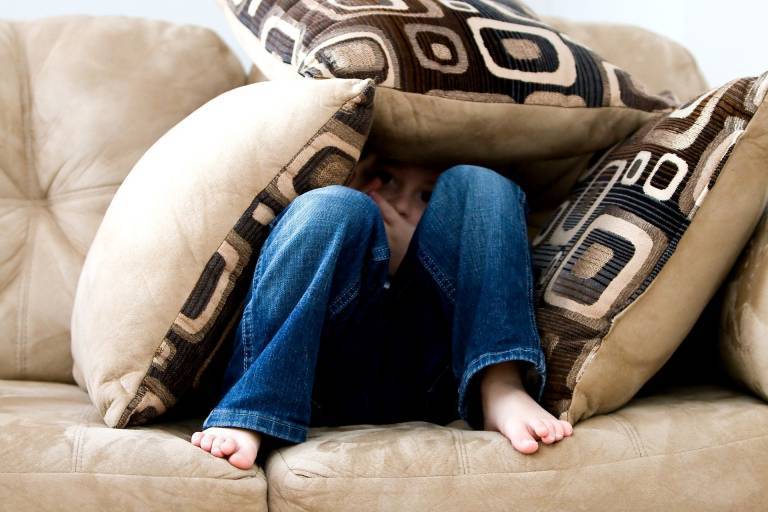 The narrative review, published today in The Lancet, looked at 69 studies worldwide that followed children over time and analysed data on physical punishment and a range of different outcomes.

Across the world, two thirds (63%) of children between the ages of 2 and 4, approximately 250 million children*, are regularly subjected to physical punishment by their caregivers.

So far, 62 sovereign countries** as well as Scotland and Wales have banned the practice and the experts are calling for all countries - including England and Northern Ireland - to end the physical punishment of children in all settings including the home.

Lead author, Dr Anja Heilmann (UCL Department of Epidemiology and Public Health) said: “Physical punishment is ineffective and harmful and has no benefits for children and their families. This could not be clearer from the evidence we present.

Senior author Elizabeth Gershoff, (Amy Johnson McLaughlin Centennial Professor in Human Development and Family Sciences at The University of Texas at Austin) added: “Parents use physical punishment with their children because they think doing so will lead to better behaviour. But our research found clear and compelling evidence that physical punishment does not improve children’s behaviour and instead makes it worse.”

Findings from reviewed studies suggest that the link between physical punishment and increased behaviour problems is causal and no study found physical punishment to reduce problem behaviour or promote positive outcomes. When looking at data over time, no improvements were found in children’s attention, cognitive abilities, relationships with others, reactivity to stress, prosocial behaviour or social competence among children who were physically punished.

The detrimental outcomes associated with physical punishment occurred irrespective of the child’s sex, ethnicity, or the overall parenting styles of the caregivers.

Jillian van Turnhout, co-author of the paper and a former Senator in the Irish Parliament, added: “As a former parliamentarian who championed the change in the law in Ireland and directly supported the legislative change in Scotland and Wales, I know the importance of ensuring an evidence base for policy and legislation.

“This review has documented compelling evidence that hitting children doesn't work, and in many cases, it is harmful. A home should be a safe place for children, yet in many countries, the law can make it one of the most unsafe places for them. Countries need to do all they can to ensure that all children have equal protection from all forms of harm, including physical punishment.”

Dr Heilmann concluded: "This is a public health issue. But physical punishment is not only harmful – it also violates children's human rights. The United Nations Convention on the Rights of the Child is clear that children should have the same level of protection from all forms of violence that adults have. Countries where physical punishment is still legal must act and honour their obligations under the UNCRC by prohibiting physical punishment in all settings.

“In the UK this means that England and Northern Ireland should follow the example of Scotland and Wales and give children equal protection in law."

The research was funded by the Eunice Kennedy Shriver National Institute of Child Health and Human Development and the UK Economic and Social Research Council.