Light to moderate drinking may be associated with a decreased risk of heart attack, stroke, angina or death among those with cardiovascular disease, finds a new study led by a UCL researcher. 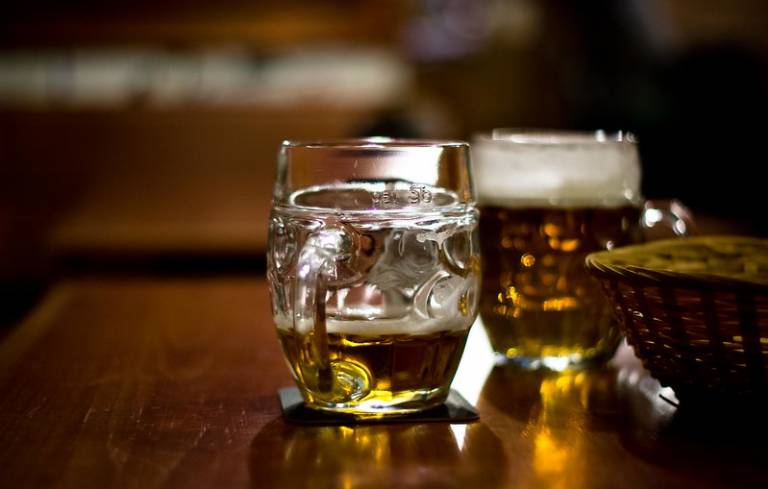 The new BMC Medicine meta-analysis study suggest that drinking up to 105 grams of alcohol per week – equivalent to 13 UK units of alcohol, less than six pints of medium-strength beer or just over one bottle of wine – could potentially confer some protective benefits.

Lead author, PhD student Chengyi Ding (UCL Institute of Epidemiology & Health Care), said: “Our findings suggest that people with cardiovascular disease may not need to stop drinking in order to prevent additional heart attacks, strokes or angina, but that they may wish to consider lowering their weekly alcohol intake. As alcohol consumption is associated with an increased risk of developing other illnesses, those with cardiovascular disease who do not drink should not be encouraged to take up drinking.”

The authors estimated the risk of heart attack, stroke, angina and death for 48,423 adults with cardiovascular disease, using data obtained from the UK Biobank, the Health Survey for England, the Scottish Health Survey and from 12 previous studies. Participants reported their average alcohol consumption and data on subsequent heart attacks, strokes, angina or death, over a period of up to 20 years, were obtained from health, hospital admission and death registry records.

The authors caution that their findings may overestimate the reduced risk of recurrent heart attack, stroke, angina and death for moderate drinkers with cardiovascular disease. This is due to the under-representation of heavy drinkers and categorisation of former drinkers who may have quit drinking due to ill health as non-drinkers in some of the datasets included in their analyses.

The researchers say that for secondary prevention of CVD, current drinkers may not need to stop drinking but should be informed that the lowest risk of mortality and having another cardiovascular event is likely to be associated with lower levels of drinking, that is up to approximately 105g/week. However, they caution that non-drinking patients should not be encouraged to take up light drinking because of well-known adverse effects on other health outcomes, such as cancers.