The antiviral drug plitidepsin is between 10 and 100 times* more effective against SARS-CoV-2, including the new UK variant, than the NHS approved** drug remdesivir, finds new preclinical research involving UCL scientists. 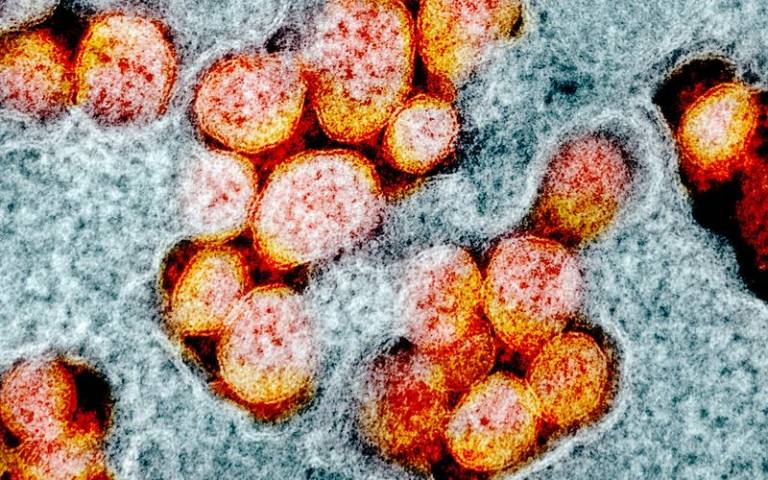 As part of a coronavirus collaboration with US researchers, a UCL team was asked to test the efficacy of the drug plitidepsin on the newly identified UK variant mutant strain B.1.1.7.

The UK arm of the study, published on the pre-print server bioRxiv, found plitidepsin was around 10 times more potent than remdesivir in vitro (in human epithelial cells) – at reducing B.1.1.7 infectivity.

This UCL research mirrors the results of the larger arm of the study based in the US, which has been through peer-review, and was conducted by collaborators at the Quantitative Biosciences Institute (QBI), part of University of California San Francisco, and the Icahn School of Medicine at Mount Sinai, New York (ISMMS).

For the US-led paper, published in Science, researchers screened numerous clinically approved drugs, in order to identify those with inhibitory activity against SARS-CoV-2. Specifically they were looking for ‘host-directed therapies’, those which target host (human) proteins, rather than virus proteins, which are usually targeted to inhibit infection.

Plitidepsin, also known as Aplidin, is a novel drug approved by the Australian Regulatory Agency for the treatment of multiple myeloma, and is part of numerous other Phase II/III clinical cancer trials around the world.

The US arm of the study found that plitidepsin was 27.5 times* more potent than remdesivir in vitro, at inhibiting (preventing further infection) SARS-CoV-2, the virus that causes COVID-19. This research was also carried out in vitro - in cells in the laboratory, not in patients.

In addition, the study found that plitidepsin was 100 times* more effective than remdesivir at reducing the viral replication in the lungs and demonstrated an ability to reduce lung inflammation – one of the most serious side effects of COVID-19. This element was conducted in vitro in an established mouse model of human lung cells.

The UCL arm of the study only studied the UK variant and found comparable anti-viral activity in vitro against B.1.1.7, but did not measure lung inflammation.

Senior author, Professor Greg Towers (UCL Infection & Immunity) said: “These studies show plitidpesin is a highly potent inhibitor of SARS-CoV-2, and is significantly more effective than the widely approved remdesivir against both early and more recent lineages of the virus.

“But it’s most important strength is that it targets a host protein rather than a viral protein. This is really exciting; by targeting a host (human) protein, the effectiveness of plitidpesin will not be altered by mutant variants in SARS-CoV-2.

“We now have a broad range of approved drugs with activity against the virus and we can consider using them directly and improving them. It is also realistic to expect some of these drugs to be effective against a range of zoonotic coronaviruses.”

The researchers say plitidpesin should now be further evaluated as a COVID-19 therapy.

The US arm of the study also assessed the dynamics between the antiviral effects of plitidepsin and remdesivir when used together in vitro. This analysis suggested that plitidepsin has an additive effect with remdesivir and would be a potential candidate to be considered in a combined therapy.