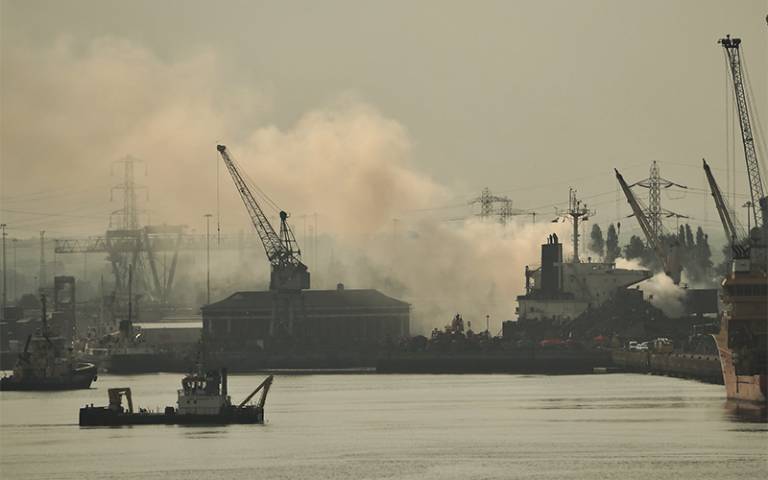 They found that people in the most polluted areas were at least 8% more likely to report having AMD, according to the findings published in the British Journal of Ophthalmology.

Lead author Professor Paul Foster (UCL Institute of Ophthalmology) said: “Here we have identified yet another health risk posed by air pollution, strengthening the evidence that improving the air we breathe should be a key public health priority. Our findings suggest that living in an area with polluted air, particularly fine particulate matter or combustion-related particles that come from road traffic, could contribute to eye disease.

“Even relatively low exposure to air pollution appears to impact the risk of AMD, suggesting that air pollution is an important modifiable risk factor affecting risk of eye disease for a very large number of people.”

AMD is the leading cause of irreversible blindness among people over 50 in high-income countries, with the numbers of those affected projected to reach 300 million by 2040. Known risk factors include older age, smoking, and genetic make-up.

Air pollution has been implicated in brain conditions such as Alzheimer’s disease, Parkinson’s disease and stroke, while a 2019 study by the same research team found that air pollution was linked to elevated glaucoma risk.* Particulate matter exposure is one of the strongest predictors of mortality among air pollutants.

To see if air pollution might also be implicated in AMD risk, the researchers drew on data from 115,954 UK Biobank study participants aged 40-69 with no eye problems at the start of this study in 2006.

Participants were asked to report any formal diagnosis of AMD by a doctor. And structural changes in the thickness and/or numbers of light receptors in the retina – indicative of AMD – were assessed in 52,602 of the participants, for whom complete data were available in 2009 and 2012, using retinal imaging (non-invasive optical coherence tomography or OCT).

Measures of ambient air pollution included those for particulate matter (PM2.5), nitrogen dioxide (NO2), and nitrogen oxides (NOx). The estimates for these were provided by the Small Area Health Statistics Unit as part of the BioSHaRE-EU Environmental Determinants of Health Project. Official information on traffic, land use, and topography was used to calculate the annual average air pollution levels at participants’ home addresses.

The research team found that people in areas with higher levels of fine particulate matter pollution were more likely to report having AMD (specifically, they found an 8% difference in AMD risk between people living in the 25th and 75th percentiles of pollution levels), after accounting for potentially influential factors such as underlying health conditions and lifestyle. All pollutants, except coarse particulate matter, were associated with changes in retinal structure.

The researchers caution that this observational study cannot confirm cause, but their findings align with evidence from elsewhere in the world.

While they cannot yet confirm a mechanism, they suggest that ambient air pollution could plausibly be associated with AMD through oxidative stress or inflammation.

Dr Sharon Chua (UCL Institute of Ophthalmology), the paper’s first author, adds: “Higher exposure to air pollution was also associated with structural features of AMD. This may indicate that higher levels of air pollution may cause the cells to be more vulnerable to adverse changes and increase the risk of AMD.”