People who have previously had COVID-19 have an enhanced antibody response with a single dose of RNA vaccine, finds a new study co-led by UCL researchers. 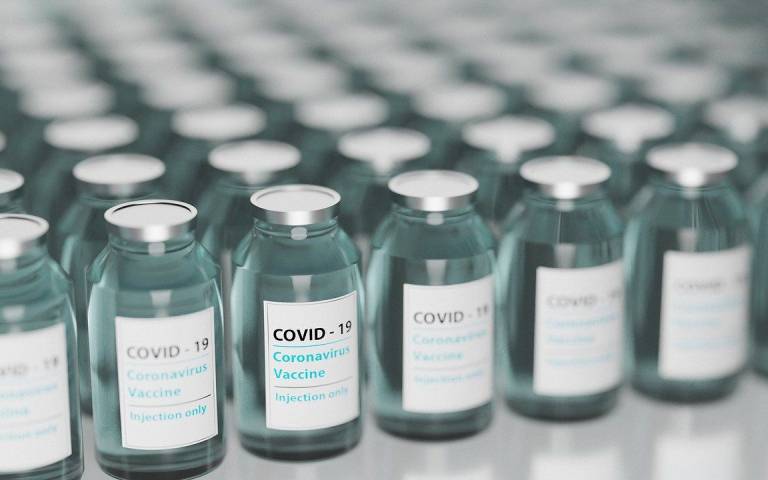 These are the findings of a study, published as a research letter* in the Lancet, of 51 UK healthcare workers, around half of whom had a previous laboratory-confirmed SARS-CoV-2 infection.

It showed that a single dose of Pfizer/BioNTech’s RNA vaccine resulted in a significantly enhanced immune response against the virus, compared to a single dose in those without prior infection. The enhanced response was at least an order of magnitude greater than after a conventional two-dose vaccine schedule in a previously uninfected individual.

The researchers caution that while the findings add to the emerging picture of COVID-19 immunology, they should not influence current vaccination policy in the UK or discourage people from booking a second booster vaccination through the NHS COVID-19 vaccination programme.

However, they add the findings have the potential to inform future vaccination strategies to include serology testing (also known as anti-body testing) at the time of the first vaccination to enable the second, booster dose to be prioritised for previously uninfected individuals. Researchers explain that such an approach could accelerate vaccine roll-out by stretching vaccine supplies further.

Professor Moon said: "These published peer-reviewed results shows that healthcare workers who had previously had COVID-19 make a huge antibody response to the first vaccine dose which effectively acted as a boost."

Most approved COVID-19 vaccine platforms rely on a two-dose approach – an initial primer, followed by a booster dose several weeks later – to generate an immune response against the spike protein on the surface of the virus. This includes the Pfizer and AstraZeneca vaccines currently being rolled out in the UK.

However, despite growing evidence of real world effectiveness of the vaccines, the impact of prior SARS-CoV-2 infection on dose regimen is unclear/still emerging.

In the latest study, researchers looked at antibody data from healthcare workers enrolled in an ongoing observational study (COVIDsortium**).

All participants underwent weekly PCR and serology testing from the date of first UK lockdown in March 2020, for 16 weeks. From a sample of 51 participants, 24 had a prior COVID-19 infection confirmed with a laboratory PCR test. Participants were given a single dose of the Pfizer/BioNTech mRNA vaccine, and bloodwork was analysed three weeks later.

Following a single dose of the Pfizer vaccine, participants produced antibodies against the spike protein. In those without prior infection, levels of spike-protein antibodies were similar to peak levels measured seen in individuals with mild SARS-CoV-2 infection.

However, those with prior infection produced high levels of antibodies against the spike protein after a single dose, compared to those without prior infection, indicating a significantly enhanced antibody response.

Blood analysis of the 24 showed that antibody response (anti-S response) increased 140-fold on average following a single dose of vaccine, compared to their peak pre-vaccine antibody levels – after their infection but before their first vaccination.

The UCL Immunology lead for this study, Professor Mahdad Noursadeghi (UCL Division of Infection & Immunity), added: “Prior infections in this group date back to the beginning of the epidemic in London. The fact that a vaccine dose almost a year later has such a boosting effect, highlights the longevity of immune memory to this infection and increases our confidence that booster vaccines at intervals may be an effective way to may maintain high levels of immunity in the future.”

The researchers stress that these findings relate to those with laboratory-confirmed infections only at this stage and do not take into account variables such as the amount of virus (viral load) which caused the initial infection, participants age, detailed health status  or the severity of their infection.

The study was also restricted to the Pfizer/BioNTech mRNA vaccine in a small group of healthcare workers with and without lab-confirmed infection. It cannot, at this stage, be applied more generally to other groups – such as older adults, people with underlying health conditions – or to other vaccines.

They authors explain that the findings add to the growing picture of immunological protection against SARS-CoV-2 and could inform other programmes around the world where vaccine supplies may be limited.

In practice, laboratory-based testing could be used to screen patients for antibodies against the spike protein before their first vaccination. This could help to accelerate rollout by reallocating doses of vaccine and prioritising patients who may receive greater additional benefit from a second dose, compared to those with sufficient response from a single dose.

*Research letters published in the Correspondence section include research findings and are externally peer-reviewed. Unlike Articles containing original data, research letters are shorter and the research they contain is usually preliminary, exploratory, or reporting on early findings.

**COVIDsortium: The COVID-19 Consortium is a longitudinal study of UK healthcare staff initiated in March 2020.  The study aims to understand the immune response to COVID-19.