Low adherence to Test, Trace, and Isolate in UK

Levels of adherence to the UK’s test, trace, and isolate system, and people’s understanding of the main symptoms of COVID-19 are low, according to a new analysis involving researchers at UCL. 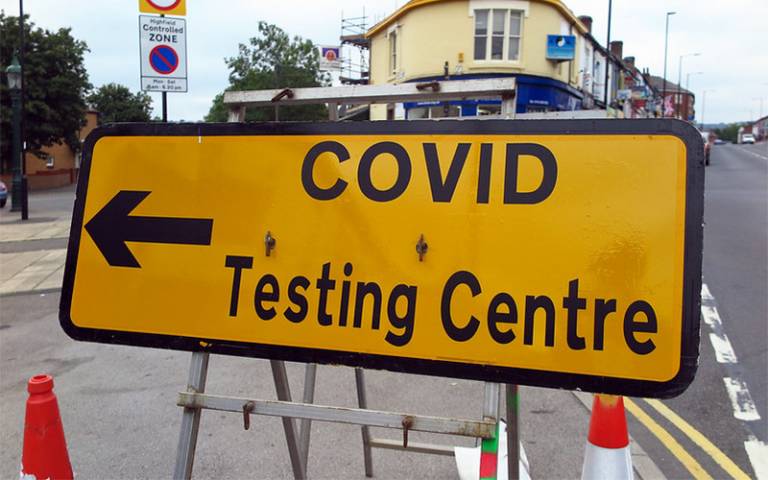 The analysis, published in The BMJ, looked at online survey data and found that the lowest levels of adherence and understanding is found among men, younger age groups, people with a dependent child in the home, key workers, and those experiencing financial hardship.

Researchers have warned that the effectiveness of the Test and Trace system, which should be a cornerstone of the UK’s COVID-19 response, will be limited until support is given to enable these groups to increase adherence to testing and self-isolation.

Over the course of the first 11 months of the pandemic, the team, led by NIHR Health Protection Research Unit (HPRU) in Emergency Preparedness and Response at King’s College London and Public Health England researchers, used 74,697 responses from 53,880 participants aged 16 years and older living in the UK.

Each participant was asked to identify the ‘main’ symptoms of COVID-19 - those that had been promoted to the public by government guidance (cough, high temperature or fever, and a loss of sense of smell or taste); answer questions about their actions (whether they stayed at home or requested a test) if they had experienced one of the main covid-19 symptoms; and say whether they intended to share details of close contacts if they were to develop symptoms and were asked to by NHS Test and Trace.

Only half of respondents were able to identify the main symptoms of the virus, and only one in five people who reported having COVID-19 symptoms in the past week said that they had requested a test. About 80% said that they would share details of close contacts were they to test positive.

Lead author Dr Louise Smith (NIHR HPRU in Emergency Preparedness and Response at King’s College London) said “Test and trace systems are one of the key routes out of this pandemic. To make sure that as many people as possible are engaging with the system, we need to work out what the barriers and facilitators are.

“We found that only about half of people can identify the main symptoms of COVID-19. This might be a key reason why people with COVID-19 symptoms don’t request a test. Intention to request a test and adhere to self-isolation is high, but actual behaviour is lower. This suggests that people may not fully understand what is being asked of them when ‘self-isolating’, and that people may not be in a position to adhere even if they want to.”

The study found significant gaps between people’s intention to follow the rules, and actual adherence to them:

Common reasons given for not fully self-isolating included to go to the shops or work, for a medical need other than COVID-19, to care for a vulnerable person, to exercise or meet others, or because symptoms were only mild or got better, while factors associated with non-adherence included being male, younger, having a dependent child in the household, lower socioeconomic grade, greater financial hardship during the pandemic, and working in a key sector.

Co-author Professor Susan Michie (UCL Psychology & Language Sciences) said: "We should learn from public health experts and from other countries that are successfully suppressing Covid-19: Their Test, Trace and Isolate includes daily visiting to offer practical and, in some cases, psychological support and paying people enough so that people can isolate without worrying about bills."

Co-author Professor James Rubin (NIHR HPRU in Emergency Preparedness and Response at King’s College London) said: “As we move forwards, it’s vital that people are able to access the practical and financial support necessary to help people effectively isolate. Parallel to this, there needs to be more targeted messaging to men, younger age groups, and key workers so that they know what to do if symptoms begin to show.”