George Imafidon, who finished his UCL degree this summer, is one of 14 members of the Hamilton Commission set up to improve diversity in Formula One and engineering. 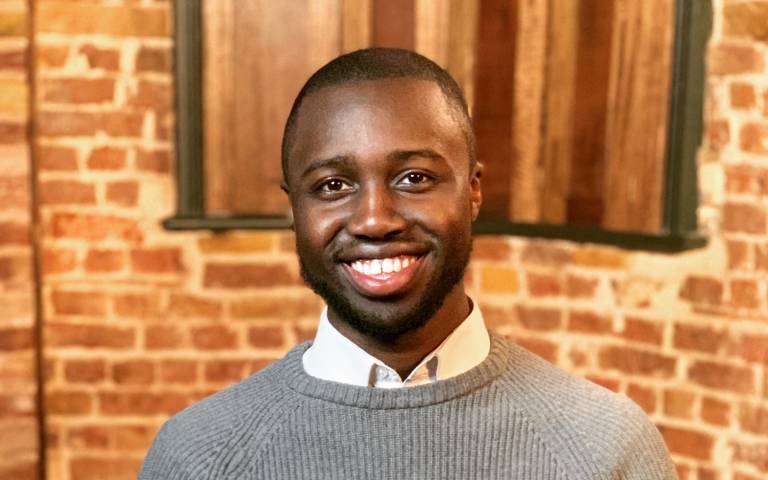 Imafidon, who was awarded a First-Class MEng degree in Mechanical Engineering, chaired the #AB1Million campaign to raise £1 million for the Amos Bursary to ensure talented men of African and Caribbean descent have access to top higher education institutions. He is also co-founder and director of Motivez, a social enterprise and app which connects young people of all backgrounds to career and development opportunities.

He is now one of 14 members of the Hamilton Commission, set up by the Formula One world champion Lewis Hamilton and the Royal Academy of Engineering to improve the representation of black people in engineering and motorsport.

The commission, which aims to identify the key barriers to recruitment and progression of black people in UK motorsport and ways to overcome them, will be co-chaired by Hamilton and Dr Hayaatun Sillem (UCL STEaPP), Chief Executive of the Royal Academy of Engineering and Honorary Professor at UCL. Other members include Tracey Crouch, former sports minister, Alice Gast, President of Imperial College London, ex-McLaren Formula 1 boss Martin Whitmarsh, and Chi Onwurah, the Labour MP for Newcastle-upon-Tyne and shadow minister for digital, science and technology.

The Commission has been chosen to "represent a wide range of expertise spanning critical areas of influence, including motorsport, engineering, schools, colleges and universities, community/youth groups, as well as major UK political parties".

George Imafidon said: “I’m excited about the Hamilton Commission and I truly believe that this is the beginning of greater things to come, as we continue on our mission to support more young people into engineering. Inclusion and excellence go hand in hand. Lewis Hamilton has used his platform as the first driver of colour and six-times Formula One world champion to advocate for greater diversity in motorsport and I’m very pleased to be working with him to make this a reality.” 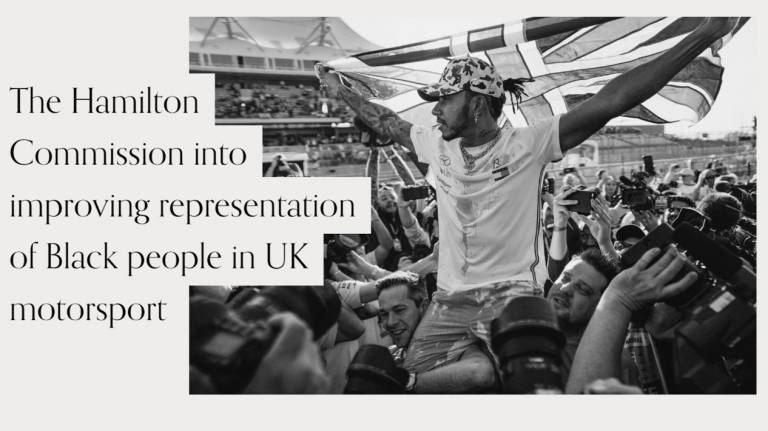 The Commission will aim to deliver recommendations about inclusive recruitment and progression practices that will benefit young black people wishing to work in the sector in the UK, and perhaps internationally. It will meet quarterly and its activities include initial data analysis, stakeholder mapping, a literature review in sport, education and employment, as well as in-depth surveying and analysis with youth focus groups and key stakeholders.

Professor Yiannis Ventikos, Head of UCL Mechanical Engineering, said: “It’s fantastic news that George has joined the board of the Hamilton Commission to get more young people from under-represented backgrounds into engineering and Formula One. In our minds, diversity and excellence go together. George has achieved so much already – I’m so pleased he is involved in such a great initiative.”

Lewis Hamilton, widely regarded as one of the greatest motorsport drivers, said: “Since I began my professional racing career in Formula One, 14 years ago, I was the first driver of colour and to this day, sadly that is still the case. However, what is more concerning is that there are still very few people of colour across the sport as a whole.

“In F1, our teams are much bigger than the athletes that front them, but representation is insufficient across every skill set – from the garage to the engineers in the factories and design departments. Change isn’t coming quickly enough, and we need to know why.

“This is why I wanted to set up the Commission and I’m proud to be working with the Royal Academy of Engineering and our incredible Board of Commissioners to identify the barriers facing young Black people to take up STEM careers in motorsport. We are dedicated to this cause and together, we will make a change.”

George Imafidon co-founded the popular Motivez app to help young people from a range of communities identify and access career and personal development opportunities. He was inspired to create the app after his brother’s wrongful arrest in 2011 and now thousands of users aged 16-25 use the online platform every month to explore and access workshops, seminars, conferences and other events for skill building, networking, and more. Last year he was awarded the Diana Award – established in memory of Diana, Princess of Wales – for his work in founding the app.