Analysis: How are police line-ups created?

Dr Julia Shaw (UCL Psychology & Language Sciences) explores how the ‘cross-race effect’ has potentially damaging consequences for innocent people of colour and in episode 5 of the podcast Bad People, she questions “why are we worse at recognising other-race faces?” 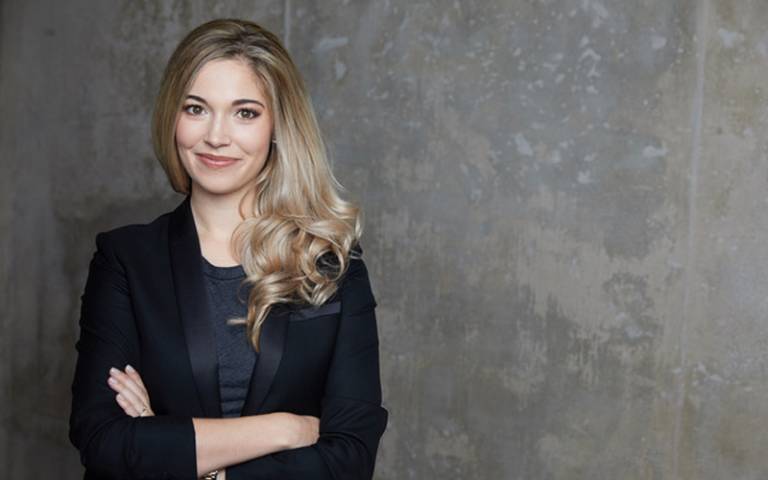 In 1984, 22-year-old university student Jennifer Thompson was raped in her own home in North Carolina. A man had broken into her apartment, and attacked Jennifer in her own bed.

During the attack, Jennifer studied every detail of the attacker’s face carefully so that later she could help the police find him. The attacker eventually left through the back door, and – unbeknownst to Jennifer - assaulted another woman on the same night.

Jennifer went to the police department the same day. She helped a police sketch artist create a facial composite image that looked like her memory of the attacker. A few days later the police called her in because they had a suspect.

Back at the station, Jennifer was asked to choose the perpetrator out of a selection of photos. She instantly recognised her attacker – Ronald Cotton. She was then asked to identify him in a live lineup, and again she identified the same man. The victim of the other rape also identified Ronald Cotton, and in two separate trials he was convicted of both rapes and two counts of burglary.

The problem? Ronald Cotton was innocent.

In episode five of Bad People, Sofie Hagen and I explore eyewitness memory, police lineups, and how systemic racism can have tragic consequences for people of colour.

In this article I will briefly explore how lineups are created, and what we need to do in order to prevent cross-race effects from contaminating eyewitness memory and police procedures.

How are police lineups created?

How lineups are created varies between countries, and can vary between jurisdictions within those countries.

On TV, we often see a type of line-up called an identification parade, which allows an eyewitness to see the suspect live, in a line with others who resemble the suspect. But this is only one type of lineup, and can only be done when the suspect is known and available.

In the US it’s also common to use a photo lineup instead of – or in addition to - a live one, giving the witness photos of people who match the description of the suspect. This is exactly what we saw in the Ronald Cotton case - Jennifer Thompson was given both a live and a photo lineup.

Another type of lineup involves short videos. This type of lineups is particularly common in England and Wales, where it must adhere to very specific guidelines from the Police and Criminal Evidence Act. Witnesses are shown videos one at a time (called a sequential lineup), rather than all at once (a simultaneous lineup). The main instruction to lineup creators is that “The set of images must include the suspect and at least eight other people who, so far as possible, resemble the suspect in age, general appearance and position in life”.

This sounds great, but in practice what does it mean for the others included in the lineup who are selected to ‘resemble’ the suspect? The answer will depend on who you ask.

The Cross‐Race Effect, is the well-replicated finding that most people are better at recognising ‘same‐race’ faces than ‘other-race’ faces. Why are we worse at recognising other-race faces? Because we have less practice differentiating between them.

Most of us disproportionately spend time with people who are the same race as ourselves, so we have implicit strategies (that can be identified using eye tracking) for telling people apart within this group. For example, to tell the difference between white people, another white person may focus on eye and hair colour. But if that same person tries to apply these cues to differentiate between people of colour, they are likely to fall short.

This can have particularly devastating consequences in criminal justice settings, and has led to wrongful convictions. It is also likely to have played a crucial role in the misidentification of Ronald Cotton, a black man, by Jennifer Thompson, a white woman.

To overcome cross-race effects, it is particularly desirable that the initial person description is taken by a police officer who is of the same race as the alleged perpetrator. This is because such individuals are more likely to ask about, and record, characteristics that reliably differentiate between members of their own race.

In reality, however, this is unlikely to always be possible, given that 93.1% of the police force in England and Wales is white. It is one more reason why diversity in policing is important, in addition to addressing concerns about institutional racism and how this relates to police brutality, as has been reflected in the Black Lives Matter movement.

In the case of Jennifer Thompson, the lineup with which she was presented showed a number of black men of very different heights and statures. It seems impossible that they all matched the same description. In addition to having a Black officer take her initial statement, are there other things that could have been done to prevent her misidentification?

A double-blind procedure where the lineup administrator doesn’t know who the suspect is. This helps to prevent any influence (intentional or not) that the administrator could have on the choice of the eyewitness.

Eyewitnesses should be given unbiased instructions, warning that the suspect may or may not be in the lineup. This helps to prevent witnesses from making false identifications.

The suspect in the lineup should not stand out in any way from the other individuals. How can you be sure your lineup is fair? Potential lineups can be tested by showing them to mock witnesses who have read the description of the suspect.

The eyewitness should be asked about their confidence, but we need to be careful about this because between the initial identification and the trial an eyewitness may get more confident. This is referred to as “confidence hardening” and can be due to many things, like learning about other evidence, being prepped by lawyers, or wanting to be a ‘good witness’ in court.

Luckily, most of these recommendations have been implemented in some US states and in the UK. In addition to this, in England and Wales there are the Turnbull Guidelines. In cases that rest heavily or entirely on identification evidence, these require the Judge to warn the jury of misidentifications, and to tell jurors “that a mistaken witness can be a convincing witness and that a number of witnesses can all be mistaken”.

These are all great steps, but the truth is that we still have a long way to go before the cross-race biases are eliminated from police and judicial processes.

To learn more about eyewitness memory, racism, and the fascinating development of the Ronald Cotton case, listen to episode five of Bad People on BBC Sounds.

This article was first published by BBC Sounds on 4 September.