Changes in the Earth’s climate over the last 66 million years have been revealed in unprecedented detail by a team involving UCL researchers, highlighting four distinctive climatic states and the natural million- and thousand-year variability that Earth’s climate has experienced. 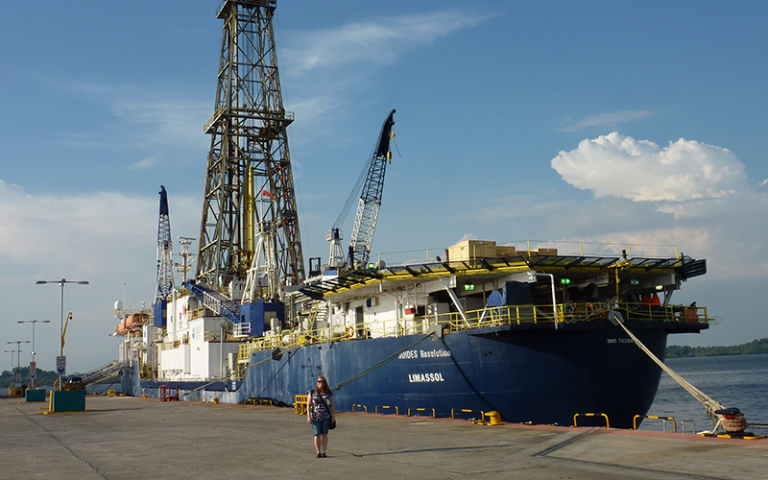 Published today in Science, the new global “climate reference curve” created by the team is the first record to continually and accurately trace how the Earth’s climate has changed since the great extinction of the dinosaurs 66 million years ago.

It was achieved by bringing together research from 12 international laboratories using sample material from the ocean floor collected over more than five decades of international scientific drilling expeditions by the International Ocean Discovery Program (IODP) and its predecessors.

Led by researchers from MARUM - Center for Marine Environmental Sciences at the University of Bremen, the Potsdam Institute for Climate Impact Research (PIK) and UCL, the authors used advanced mathematical analysis of this highly accurate climate reference curve to identify four climatic states, classified as “Hothouse”, “Warmhouse”, “Coolhouse” and “Icehouse”. These states are recognised by the characteristic pattern of their climate variability. The distinctive climatic “beat’ of each state is driven by greenhouse gas concentrations and polar ice volume, with higher CO2 and little-to-no global ice volume during the Hothouse and Warmhouse compared to the Coolhouse and Icehouse.

To generate the climate reference curve, called CENOGRID (CENOzoic Global Reference benthic foraminifer carbon and oxygen Isotope Dataset), the team analysed and compiled the oxygen and carbon isotopes from tiny microfossils found in deep-sea sediments. For the first time, this period of Earth’s history was accurately dated by identifying the imprint of semi-periodical changes in Earth’s orbit around the sun in CENOGRID.

The CENOGRID is the clearest and most accurate view of past climate conditions to date, providing information about past deep-sea temperatures, global ice volumes and the carbon cycle. These detailed climatic changes can be studied like a colourful barcode and used to draw comparisons between the past, present and future. 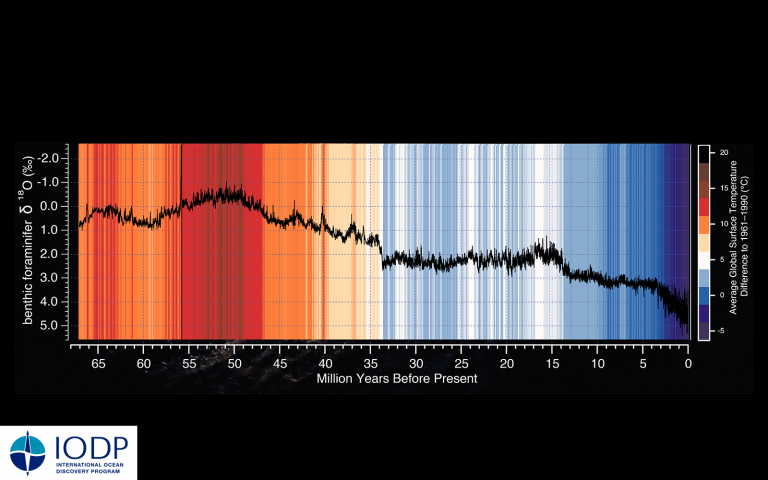 Co-author Dr Anna Joy Drury (UCL Earth Sciences), said: “We use CENOGRID to understand what Earth’s normal range of natural climate change and variability is and how quickly Earth recovered from past events. While we show that the Earth previously experienced warm climate states, these were characterised by extreme climate events and were radically different from our modern world. Since the peak warmth of the Hothouse, Earth’s climate has gradually cooled over the last 50 million years, but the present and predicted rapid anthropogenic changes reverse this trend and, if unabated, far exceed the natural variability of the last 66 million years. CENOGRID’s window into the past provides context for the ongoing anthropogenic change and how exceptional it is.”

While the rough framework of a global climate reference curve has existed since 2001, climate records from many new sediment cores greatly improved in recent years. Over the last two decades, scientific drilling specifically targeted older geological strata, especially older than 34 million years, giving researchers access to better material for reconstructing global climate in much greater detail than ever before.

Lead author, Dr Thomas Westerhold (MARUM, University of Bremen), said: “We now know more accurately when it was warmer or colder on the planet and have a better understanding of the underlying dynamics and the processes that drive them. The time from 66 to 34 million years ago, when the planet was significantly warmer than it is today, is of particular interest, as it represents a parallel in the past to what future anthropogenic change could lead to.”

CENOGRID is a lasting international legacy of 50 years of scientific ocean drilling now led by IODP. The authors see CENOGRID as a basis for researchers worldwide to correlate their data to and place it within the context of Earth’s climate history. With more data, it is now possible to not only further refine the picture of the climatic past, but also to identify regional intricacies. The authors emphasize that this is fundamental for testing the reliability of climate models for the future.

The UCL contribution was funded by a Horizon 2020 Marie Skłodowska-Curie Action Fellowship to Anna Joy Drury.