Foreign investment into the UK is now predicted to fall by 37% post-Brexit, a 50% increase over previous estimates, as a result of leaving the EU single market and customs union, finds a new study by UCL and LSE economists. 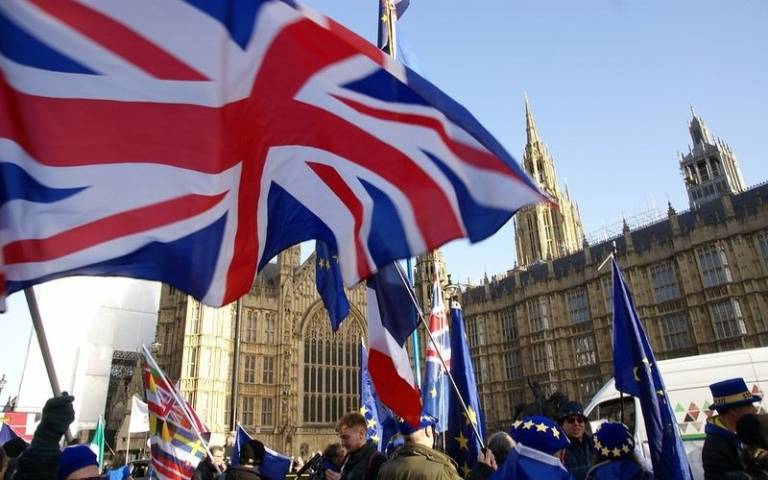 The peer-reviewed study, which is forthcoming in the Journal of Common Market Studies, highlights that the single market, since its implementation in 1992, has been the ‘cornerstone’ for additional foreign direct investment (FDI).

Nauro Campos, Professor of Economics at UCL, said: “Over the last 20 years the UK has been the largest recipient of inward FDI in the EU.

“Access to the single market and customs union has been instrumental; with entry into a larger market and the opportunity to exploit scale economies without hefty tariffs and red tape. With Brexit we estimate a significant and substantial decrease in FDI.”

FDI is defined as investment in an enterprise operating in a foreign economy which gives control of the management to the overseas company. FDI is in its essence not just a flow of capital but of technology, knowledge and innovation and its impact is long-lasting.

Pre-referendum 2016 the same group of researchers - Professors Nauro Campos and Randolph Bruno (both UCL) and Saul Estrin (LSE) – estimated that foreign investment would decrease by 25% after Brexit. At the time, they warned this was a conservative estimate because, among other things, of data and methodological constraints.

Their previous estimate played a large role in the debate, with the UK Treasury, the Centre for Economic Performance and National Institute of Economic and Social Research using it for their calculations of the long-run costs of Brexit.

“Our new estimate comes at a crucial time in the Brexit trade talks and we expect it could play a part in the UK’s longer term strategy for inward and outward investment alike.”

The research examined the impact of Brexit on foregone FDI using a structural gravity framework on annual bilateral FDI data for almost every country in the world, over the period 1985-2018. The researchers put forward three main novel findings.

First, they find the impact of EU membership on FDI into the host economy to always be positive, significant and quite large in the long-run; in the order of 60% for inward investment from outside the EU, and about 50% FDI within the EU. This implies leaving the Single Market will lead to a decrease of FDI inflows of 37.5%.**

A second finding is that the effect of EU membership on FDI is significantly larger than membership of Free Trade Area agreements, such as NAFTA, EFTA and Mercosur (and much larger than an “exit on WTO terms”.)

A third novel and important finding is that they now can identify the reason for this: the single market. They econometrically separate the effects of the EU membership before and after the implementation of the single market.

Their most statistically robust results, those accounting for “multilateral resistance terms,” show that the single market is the cornerstone of this differential impact.

Professor Saul Estrin (LSE) said: “By their very nature, the effects of FDI are deeper and more long-lasting than those of trade in goods. In order to counterbalance this and continue attracting FDI, the UK Government will need to focus investment in technology and R&D to support the growth of our high-tech companies.”

*House of Commons Library (2020): “Foreign investment in UK companies in 2018 and the effect of Brexit”

** In considering Brexit, we need to run the experiment in reverse so the proportionate effect is smaller, as a country’s new FDI level is higher thanks to already being in the EU. For example, if joining the EU increases FDI by 60%, we would predict leaving the EU would reduce FDI by 37.5% (= 0.60/(1+0.60)). This represents more than 50% increase with respect to previous estimates which indicated a 25% impact in the long-run.