Former European Commissioner for Research, Science and Innovation Carlos Moedas has been appointed Visiting Professor at the UCL European Institute. 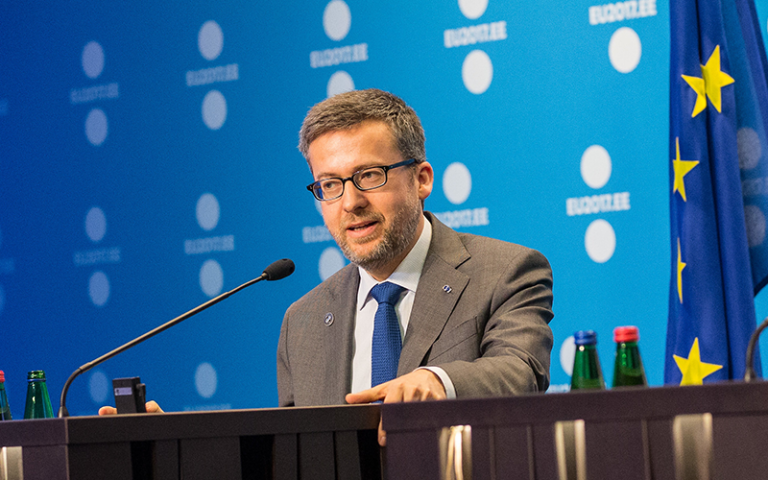 Mr Moedas will sit on the Institute’s Advisory Board, and during his five-year post will contribute to the Institute’s work by engaging in a range of public, advisory and student-facing activities.

Established in 2010, the European Institute is UCL's hub for research, collaboration and engagement on Europe and the European Union. The Institute, which now sits within the university’s Faculty of Laws, aims to promote academic excellence in the study of Europe at UCL, and works to provide a leading forum for intellectual debate whilst acting as liaison to EU and UK policy-making communities within the university.

Mr Moedas, a former civil engineer and economist, is a well-respected figure in European politics. From 2014-2019, he served as European Commissioner covering the portfolio of research, science and innovation under of the leadership of President Jean-Claude Juncker. In this role, he designed the proposal for the Horizon Europe research and innovation framework.

Mr Moedas said: “I am deeply honoured to take on these roles at the UCL European Institute at this important time, and I’m looking forward to meeting students. I also look forward to working with colleagues across the Institute and members of the Advisory Board. Through supporting the European Institute’s diverse range of public engagement activities, I hope to help inspire the next generation in their understanding of, and interest in, the study of Europe, particularly at this historic time in European politics.”

Dr Uta Staiger, Executive Director of UCL European Institute and UCL Pro-Vice Provost (Europe), said: “We’re thrilled that Carlos will be joining us at the European Institute, as we start the term in our new home in the UCL Faculty of Laws. To have him join at the moment, when the UK’s relationship with the EU is changing, is hugely important, and we are greatly looking forward to his invaluable contribution to the Institute’s work.”

Carlos Moedas will be the European Institute’s second Visiting Professor, after internationally acclaimed writer and academic Eva Hoffman completed her post in 2018 after three years.