Loneliness a leading cause of depression in older adults

Loneliness is responsible for 18% of depression among people over 50 in England, according to a new study led by UCL researchers. 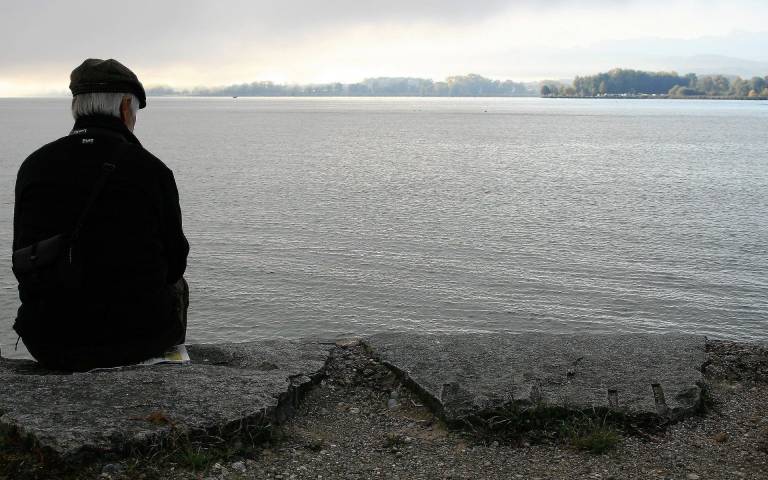 The findings, published in The Lancet Psychiatry, suggest that almost one in five depression cases among older adults could be prevented if loneliness were eliminated.

The researchers found that people’s subjective experiences of loneliness contributed to depression up to 12 years later, independent of more objective measures of social isolation.

Senior author Dr Gemma Lewis (UCL Psychiatry) said: “We found that whether people considered themselves to be lonely was a bigger risk factor for depression than how many social contacts and support they had. The findings suggest that it’s not just spending time with other people that matters, but having meaningful relationships and companionship.”

The researchers reviewed data from 4,211 participants of the English Longitudinal Study of Ageing, aged 52 and over, who had answered questions at regular intervals over a 12-year period about their experiences of loneliness, social engagement and social support, as well as depressive symptoms.

To measure loneliness, participants were asked three questions about lacking companionship, feeling left out, and feeling isolated, and their answers combined into a loneliness score on a seven-point scale.

Each one-point increase on the loneliness scale corresponded to a doubling of the odds of depression (based on a clinical threshold of depressive symptoms rather than a diagnosis). The researchers accounted for depression and loneliness levels at the start of the study to reduce the possibility that depression was responsible for the increasing feelings of loneliness that were reported.

The researchers found that depressive symptoms increased over time among people with greater loneliness, suggesting that loneliness was leading to future depression.

First author Siu Long Lee, who led the study as part of an MSc degree in UCL Psychiatry, said: “Health professionals working with older people who report being lonely should know that they are at risk of depression. Interventions such as social prescribing, social skills training, and psychological therapies that target negative feelings of loneliness, may be important for the mental health of lonely older adults.”

Dr Lewis added: “Our study has important public health implications, as it suggests that community-based approaches designed to reduce loneliness could reduce depression rates. Building relationships, meaningful connections and a sense of belongingness may be more important than just increasing how much time people spend with others.”

Robin Hewings, Director of Campaigns, Policy and Research at the Campaign to End Loneliness said: "This important study adds to our understanding of the very serious impacts of loneliness on our mental and physical health. The author's findings that nearly one in five cases of depression in older people could potentially be prevented if loneliness were eliminated only adds to the case for comprehensive action across society. In our day-to-day lives that can mean reaching out to those around us.

“At the same time it's vitally important that we implement the Government's ground-breaking loneliness strategy and ensure that services to combat loneliness have the funding they need."