How men and women’s anxieties differ over Covid-19

Men and women express different worries when it comes to the Covid-19 crisis, with women focusing on their loved ones and men concerned with broader effects on the economy and society, according to a new UCL study. 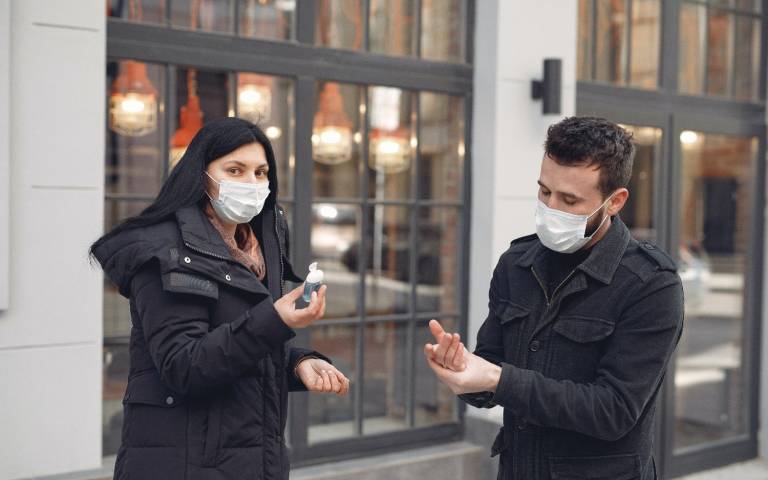 In the pre-print study, 2,500 participants all based in the UK were asked to write down their feelings about the coronavirus situation. Each response was assigned to a theme – “national impact” or “family and friends” – depending on how closely the words they used matched a cluster of words, identified by an algorithm, that were typically used for each theme.

Women expressed more anxiety and sadness than men, although men also expressed high levels of worry with an average score of six out of nine for worrying. The survey was carried out on 6 and 7 April, while Boris Johnson was in hospital and a day after the Queen gave a speech about the hardships people were facing.

Dr Bennett Kleinberg (UCL Security & Crime Science) said: “This gender divide when it comes to Covid-19 reflects a general difference in the way men and women use language. Women tend to talk more about friends and family, while men focus on money and work.”

Co-author Isabelle van der Vegt (UCL Security & Crime Science) added: “In our study the magnitude of the difference is much greater. One potential explanation is that a crisis situation such as Covid-19 exacerbates this language gap between men and women.”

The study was part of research looking at how computational methods can infer and measure the emotional states of a large number of people from text data, for instance on social media, with the aim of informing health interventions.

The study also found that analysis of shorter texts typically found on Twitter may provide a skewed view of people’s worries. The researchers asked participants to write both a long and short message about their feelings on the coronavirus situation, and found topics differed significantly between these long and short texts, with longer texts (128 words instead of 28) more effectively elucidating the specific worries people had. The authors said this showed researchers needed to be cautious not to rely only on insights from short texts such as tweets.