Opinion: The Covid-19 crisis is a chance to do capitalism differently

Government has the upper hand for the first time in a generation. It must seize the moment, writes Professor Mariana Mazzucato (UCL Institute for Innovation & Public Purpose). 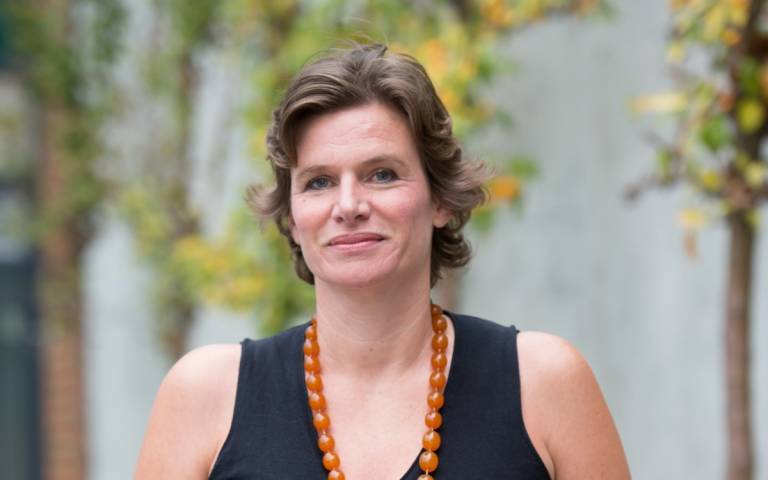 The world is in a critical state. The Covid-19 pandemic is rapidly spreading across countries, with a scale and severity not seen since the devastating Spanish flu in 1918. Unless coordinated global action is taken to contain it, the contagion will soon become an economic and financial one too.

The magnitude of the crisis requires governments to step in. And they are. States are injecting stimulus into the economy while desperately trying to slow the spread of the disease, to protect vulnerable populations, and to help create new therapies and vaccines. The scale and intensity of these interventions reminiscent of a military conflict – this is a war against the spread of the virus and economic collapse.

And yet there is a problem. The intervention needed requires a very different framing from the one that governments have chosen. Since the 1980s, governments have been told to take a back seat and let business steer and create wealth, intervening only for the purpose of fixing problems when they arise. The result is that governments are not always properly prepared and equipped to deal with crises such as Covid-19 or the climate emergency. By assuming that governments have to wait until the occurrence of a huge systemic shock before they resolve to take action, insufficient preparations are made along the way.

In the process, critical institutions providing public services and public goods more widely – such as the NHS in the UK, where there have been cuts to public health totalling £1bn since 2015 – are left weakened.

The prominent role of business in public life has also led to a loss of confidence in what the government can achieve alone – leading in turn to the many problematic public-private partnerships, which prioritise the interests of business over the public good. For example, it has been well documented that public-private partnerships in research and development often favour “blockbusters” at the expense of less commercially appealing medicines that are hugely important to public health, including antibiotics and vaccines for a number of diseases with outbreak potential.

On top of this, there is a lack of a safety net and protection for working people in societies with rising inequality, especially for those working in the gig economy with no social protection.

But we now have an opportunity to use this crisis as a way to understand how to do capitalism differently. This requires a rethink of what governments are for: rather than simply fixing market failures when they arise, they should move towards actively shaping and creating markets that deliver sustainable and inclusive growth. They should also ensure that partnerships with business involving government funds are driven by public interest, not profit.

First of all, governments must invest in, and in some cases create, institutions that help to prevent crises, and make us more capable to handle them when they arise. The UK government’s emergency budget of £12bn for the NHS is a welcome move. But equally important is a focus on long-term investment to strengthen health systems, reversing the trends of recent years.

Second, governments need to better coordinate research and development activities, steering them towards public health goals. Discovery of vaccines will necessitate international coordination on a herculean scale, exemplified by the extraordinary work of the Coalition for Epidemic Preparedness Innovations (CEPI).

But national governments also have a huge responsibility in shaping the markets by steering innovation to solve public goals, in the same way that has been done by ambitious public organisations such as the Defense Advanced Research Projects Agency (Darpa) in the US, which funded what became the internet when it was solving the problem of getting satellites to communicate. A similar initiative in healthcare would make sure that public funding is geared to solving major health problems.

Third, governments need to structure public-private partnerships to make sure both citizens and the economy benefit. Health is a sector that globally receives billions from the public purse: in the US, the National Institute of Health (NIH) invests $40bn a year. Since the 2002 Sars outbreak, the NIH has spent $700m on coronavirus research and development. The large public funding going into health innovation means governments should govern the process to ensure prices are fair, patents are not abused, medicine supply is safeguarded and profits are reinvested back into innovation, rather than siphoned out to shareholders.

And that if emergency supplies are needed – such as medicines, hospital beds, masks or ventilators – the same companies benefiting from public subsidies in good times must not speculate and overcharge in bad times. Universal and affordable access is essential not just at national level, but at international level. This is especially crucial for pandemics: there is no place for nationalistic thinking, like Donald Trump’s attempt to acquire an exclusive US licence for the coronavirus vaccine.

Fourth, it is time to finally learn the hard lessons of the 2008 global financial crisis. As companies, from airlines to retail, come asking for bailouts and other types of assistance, it is important to resist simply handing out money. Conditions can be attached to make sure that bailouts are structured in ways that transform the sectors they’re saving so that they become part of a new economy – one that is focused on the green new deal strategy of lowering carbon emissions while also investing in workers, and making sure they can adapt to new technologies. It must be done now, while government has the upper hand.

Covid-19 is a major event that exposes the lack of preparedness and resilience of the increasingly globalised and interconnected economy, and it certainly won’t be the last. But we can use this moment to bring a stakeholder approach to the centre of capitalism. Let’s not let this crisis go to waste.

This article was first published on The Guardian.