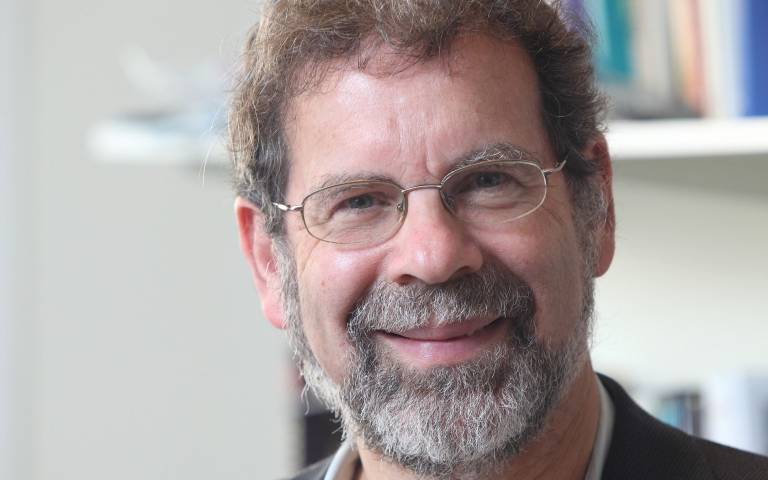 At the same time, this crisis is seeing people rapidly search for and create online solutions to enable them to work, access education and socialise.

For older people, adopting a digital social life may not come so easily. This may be more so the case for the elderly in the UK. In research for my book The Comfort of People, I found that loneliness was exacerbated by a tendency for English people to meet and chat in public domains, such as pubs and shops. However, they rarely visit each other’s private homes. As a result hospice patients whose mobility had declined tended to become particularly isolated.

Several practical suggestions arose from this research. Firstly I observed that the rise of digital technologies has democratised digital creativity and ingenuity. It was often the visiting grandchildren who came up with neat ideas to help their grandparents find ways of coping with practical problems through new technology.

Secondly, with the proliferation of new media, people had particular preferences. For example, they might be comfortable with a webcam, but only if you texted first so they had time to prepare themselves.

A curious phenomenon was Facebook. Facebook has become of more of interest to older people who enjoy the facility for sharing family photographs and news. The problem is now more about how to keep young people involved so that they post the content older people enjoy, such as pictures of what they are up to.

The wider research suggested that a real benefit of social media was how people used it to express a very English sensibility. Social media allowed them to get back in contact with more extended family and friends, while still keeping them at a distance.

More generally, research by the medical anthropologist Tanja Ahlin, found that the frequency of communication rather than the content matters to older people. Just knowing that friends and family want to be in touch makes people feel cared for. This research also saw the beginning of what has become a hugely important response, which is that when people fall ill, friends and relatives create WhatsApp groups to support them.

Those findings have since been built upon by a new research project in digital anthropology, which focuses upon how older people use smartphones around the world. This has found that there has been a steep rise in care at a distance through the smartphone. In places such as China and Japan older people are making considerable use of visual media such as stickers and short videos. They find these warmer and able to express a wider range of emotions which may sometimes be difficult to put into words.

What makes smartphones smart is not just the technology, it is also the extraordinarily diverse and ingenious ways that people find to employ them. In line with this, we have just published a 150 page manual on how people can use WhatsApp for health purposes, based on observing such schemes in Brazil. Despite the recent proliferation of specialist health apps, it is generally much better to find a way to use platforms that are becoming familiar to older people, such as WhatsApp. Even if they are not quite as functional, they are far more likely to be actually used.

We also noticed that young people tend to be impatient when helping older people learn new technologies, often making adjustments themselves rather than actually teaching the skill. So patience is key.

Older people want support, but they also care greatly about autonomy and dignity. It is better to help cultivate and respect the ways they already use new media, building upon these, rather than impose novelty at this time. But perhaps the key to helping older people in social isolation is not so much the content, or the medium, but the frequency of communication and your availability.

This article was originally published in The Conversation on 30 March.