Dr Natalie Marchant (UCL Psychiatry) explains how in a new study involving 292 patients aged 55 and older, her team’s research found that persistent negative thinking was linked to a decline of cognitive reasoning and revealed indicators of Alzheimer’s disease. 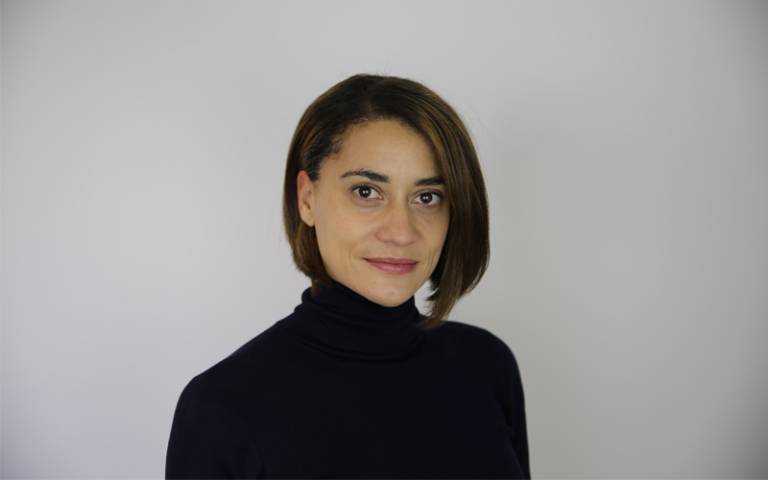 Dementia affects an estimated 54 million people worldwide. There no cure, but reports indicate that approximately a third of dementia cases may be preventable, which is why many researchers have begun to focus on identifying risk factors. This would allow for better personalised interventions that may be able to reduce risk, delay, or even prevent the onset of dementia.

Current research shows that genetics, high blood pressure, and smoking are all risk factors for developing dementia. But a lot of people don’t realise that there is also a relationship between mental ill-health and higher dementia risk too. Studies have shown that depression, anxiety, and post-traumatic stress disorder are all linked to a higher risk of developing dementia in older age. Our recent study builds on this research by examining whether a style of thinking that is common to these mental health conditions is associated with indicators of Alzheimer’s disease, the most common type of dementia.

People experiencing mental ill health frequently engage in a style of thinking called “Repetitive Negative Thinking”. This style of thinking involves the tendency to have negative thoughts about the future (worry) or about the past (rumination), and these thoughts can feel uncontrollable.

In 2015, I developed a hypothesis called “Cognitive Debt” which proposed that repetitive negative thinking could be the “active ingredient” common in all these mental health conditions that may help explain the increased dementia risk we observe. Our recently published study tested this hypothesis for the first time. We found that repetitive negative thinking was indeed associated with indicators of Alzheimer’s disease.

Our study looked at 292 older adults aged 55+ from the PREVENT-AD project in Canada. Their cognitive function was assessed, measuring memory, attention, spatial cognition, and language. Of these participants, 113 also had their brain scanned, which allowed researchers to measure deposits of tau and amyloid. These two proteins are biological markers of Alzheimer’s disease when they build up in the brain. A further 68 people from the IMAP+ project in France underwent PET brain scans to measure amyloid.

We found that people who exhibited higher repetitive negative thinking patterns experienced more cognitive decline over a four-year period. They also had specific declines in memory (which is an early sign of Alzheimer’s disease), and had more amyloid and tau deposits in their brain.

We also examined symptoms of depression and anxiety. We found that both were associated with cognitive decline, but not with deposits of either amyloid or tau. It may be that these symptoms are more indicative of decline that happens with ageing or dementia that is not due to Alzheimer’s disease. Equally, participants in this study had very low levels of depression and anxiety which would make it unlikely to be able to detect a relationship. These findings do suggest that repetitive negative thinking could one reason why depression and anxiety are associated with Alzheimer’s disease risk – which is in line with my “Cognitive Debt” hypothesis.

However, it is important to point out that although the hypothesis proposes repetitive negative thinking increases risk for dementia (specifically Alzheimer’s), the opposite may also be true. People who experience a decline in their condition may become more concerned or worried about their health – leading to repetitive negative thinking. Or, amyloid or tau could have accumulated in the brain, disrupted its circuitry, making it more difficult to disengage from negative thoughts. At this point we are unable to know which came first.

But how could our thoughts be associated with a disease of the brain? On a biological level, negative thinking is associated with increased stress. In fact, repetitive negative thinking is seen as a behavioural marker of chronic stress by causing elevated blood pressure and higher levels of the stress hormone cortisol. There’s increasing evidence that chronic stress is both harmful to your body – and your brain. But more research is needed to understand this link.

Given that repetitive negative thinking is responsive to treatments such as cognitive behavioural therapy or mindfulness, future research will look at whether reducing these thinking patterns also reduces dementia risk. In the meantime, there is evidence to suggest that many lifestyle habits – such as maintaining a healthy diet, exercising, and staying socially active – are all linked with lower risk of dementia. Although we don’t know whether reducing repetitive negative thinking could delay dementia in the future, taking steps to look after your mental health is still important for your well-being in the present.

This article was first published in the Conversation on 12 June.