Opinion: We socialize bailouts. We should socialize successes, too.

Professor Mariana Mazzucato (UCL Institute for Innovation & Public Purpose) reflects that the coronavirus pandemic is an opportunity for governments to spend more wisely to preserve public interests and create a more equal society. 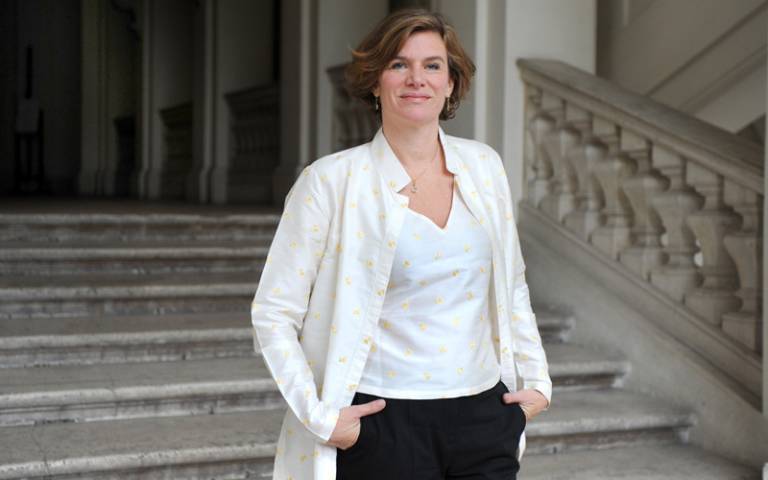 This was the story of the 2008 financial crisis. A similar story is unfolding today. Governments have spent trillions on stimulus packages without creating structures — like a citizens’ dividend, which would reward public investment — that turn short-term remedies into the means for an inclusive, sustainable economy.

This gets to the heart of what fuels inequality: We socialize risks but privatize rewards. In this view, only businesses create value; governments merely facilitate the process and fix “market failures.”

The coronavirus crisis offers a chance to change this dynamic and demand a better bargain. But to do so, we must redefine the concept of value itself. Until now, we have confused price with value — and that confusion has propelled inequality and warped the role of the public sector.

Our understanding of value has come from the policymakers and economists who view it as a matter of exchange: Essentially, only something with a price is valuable. This approach overvalues goods and services with a price tag — which in turn make up a country’s gross domestic product, the driver of public policy. This has perverse effects. A coal mine that spews carbon into the atmosphere increases G.D.P., and so is valued. (The pollution it causes is not taken into account.) But the care given to children by their parents at home doesn’t carry a price, and so is not valued.

This works at the individual level, too. People earning a lot of money appear to be very “productive.” In 2009 Lloyd Blankfein, the chief executive of Goldman Sachs, claimed that the bank’s workers were “among the most productive in the world.” He said so only a year after the 2007-08 financial crisis — and a year after the firm had received a $10 billion bailout from the government (later paid back).

Clearly, value is not best measured by price or payment. What’s more, governments create value every day, from which citizens and businesses benefit. They benefit from “basic” structures like highways, education and other essential goods and services, but also from the technologies that shape our economy.

Public financing of research and development helped bring us innovations like the GPS technology that powers Uber and the internet that makes Google possible. The same is true for many blockbuster drugs, which received high-risk early research funding from the government, and renewable energy sources like solar and wind, which were also funded by taxpayers in their development. Indeed, so was fracking.

This is why something like a citizens’ dividend — where citizens own equal shares in a fund tied to the national wealth — would transform the story of government intervention and create a more equitable economy. By giving the population a direct stake in the value that a country produces, it would help establish a better system: Public investments for businesses and research would also produce rewards for citizens. That would help to reduce inequality — and socialize both risks and rewards.

Since 1982, for example, Alaska has been paying a citizen’s dividend through its oil-based Permanent Fund. The state is among the most equal in the country. And in California, Gov. Gavin Newsom has called for a “data dividend” to be paid to the state’s citizens for the use of their personal information — fitting for a state that houses tech billionaires who could not have made their money without public investments.

A citizens’ dividend (sometimes called a public wealth fund) is one way to rebalance our economy. Equity stakes is another. When the government bails out private companies or loans them public funds, it should structure those deals so that public interests are protected and earnings are proportional to risks. Citizens might then take equity stakes in companies that receive high-risk government support, like those receiving bailouts as part of the coronavirus recovery.

It is not a new concept. During the Depression, the U.S. government had equity stakes in companies through the Reconstruction Finance Corporation, a quasi-independent government agency that helped finance the New Deal.

Is this socialism? No — it is simply admitting that the government, an investor of first resort, can benefit from thinking more like a venture capitalist around societal goals like a green transition. Rather than blame the government for bad investments, the real question is how to make sure the country benefits from the good ones.

For instance, during the Obama administration, the Department of Energy made various investments in green companies, including $500 million in guaranteed loans to the solar company Solyndra and $465 million to Tesla. When Solyndra went bust, taxpayers bailed it out. But when Tesla grew, taxpayers were not rewarded.

The government also needs to have a stronger negotiating hand to make sure that economic growth works for its citizens. Grants and loans should come with conditions attached, aligning corporate behavior with societal goals. Today this means companies receiving coronavirus assistance can be made to retain workers, commit to emissions reductions and prohibit excessive use of share buybacks.

This has happened elsewhere. In Denmark, the government offered firms generous wage compensation on the condition that they could not make layoffs for economic reasons; it also refused to bailout companies in tax havens and disallowed the use of funds for dividends and share buybacks. In France, bailouts to airlines were contingent on the airlines achieving ambitious emissions goals.

Finally, price should be put in the service of value, rather than the other way around. The race for a coronavirus vaccine offers a good opportunity. To begin with, the price that citizens pay for pharmaceuticals does not reflect the enormous public contribution — in 2019, over $40 billion — to medical research.

The pricing of Covid-19 vaccines must account for the public-private partnerships that build off public-funded research and make sure the patents around Covid-19 vaccines are shared in a common pool and the vaccine is universally available and free.

It is essential to recognize that it’s not just businesses that create value. It’s also workers and public institutions — from the government down. Once we do so, it will be easier to ensure that everybody’s efforts are properly remunerated and the rewards of economic growth are distributed more equitably.

This article was first published in the New York Times on 1 July.