Opinion: Editing the DNA of human embryos could protect us from future pandemics

Gene editing has long been controversial, but in light of the Covid-19 pandemic, it is now being looked at as a potential way to help prevent future pandemics, says PhD Student Yusef Paolo Rabiah (UCL STEaPP). 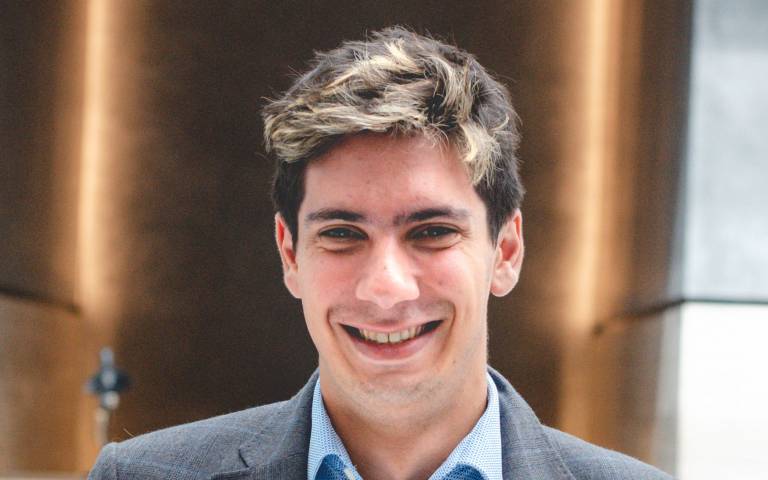 Hollywood blockbusters such as X-men, Gattaca and Jurassic World have explored the intriguing concept of “germline genome editing” – a biomolecular technique that can alter the DNA of sperm, eggs or embryos. If you remove a gene that causes a certain disease in an embryo, not only will the baby be free of the disease when born – so will its descendants.

The technique is, however, controversial – we can’t be sure how a child with an altered genome will develop over a lifetime. But with the Covid-19 pandemic showing just how vulnerable human beings are to disease, is it time to consider moving ahead with it more quickly?

There’s now good evidence that the technique works, with research normally carried out on unviable embryos that will never result in a living baby. But in 2018, Chinese scientist He Jiankui claimed that the first gene-edited babies had indeed been born – to the universal shock, criticism and intrigue of the scientific community.

This human germline genome editing (hGGe) was performed using the Nobel-prize winning CRISPR system, a type of molecular scissors that can cut and alter the genome at a precise location. Researchers and policy makers in the fertility and embryology space agree that it is a matter of “when” and not “if” hGGe technologies will become available to the general public.

In 2016, the UK became the first country in the world to formally permit “three-parent babies” using a genetic technique called mitochondrial replacement therapy – replacing unhealthy mitochondria (a part of the cell that provides energy) with healthy ones from a donor.

Scientists are now discussing genome editing in the light of the Covid-19 pandemic. For example, one could use CRISPR to disable coronaviruses by scrambling their genetic code. But we could also edit people’s genes to make them more resistant to infection – for example by targeting “T cells”, which are central in the body’s immune response. There are already CRISPR clinical trials underway that look to genome edit T cells in cancer patients to improve anti-tumour immunity (T cells attacking the tumour).

This type of gene editing differs to germline editing as it occurs in non-reproductive cells, meaning genetic changes are not heritable. In the long term, however, it may be more effective to improve T-cell responses using germline editing.

It’s easy to see the allure. The pandemic has uncovered the brutal reality that the majority of countries across the world are completely ill equipped to deal with sudden shocks to their, often, already overstretched healthcare systems. Significantly, the healthcare impacts are not only felt on Covid patients. Many cancer patients, for instance, have struggled to access treatments or diagnosis appointments in a timely manner during the pandemic.

This also raises the possibility of using hGGe techniques to tackle serious diseases such as cancer to protect healthcare systems against future pandemics. We already have a wealth of information that suggests certain gene mutations, such as those in the BRCA2 gene in women, increase the probability of cancer development. These disease genetic hotspots provide potential targets for hGGe therapy.

Furthermore, healthcare costs for diseases such as cancer will continue to rise as drug therapies continue to become more personalised and targeted. At this point, wouldn’t gene editing be simpler and cheaper?

As we approach the mezzo point of the 21st century, it is fair to say that Covid-19 could prove to be just the start of a string of international health crises that we encounter. A recent report by the UN Intergovernmental Science-Policy Platform on Biodiversity and Ecosystem Services (IPBES) emphasised the clear connection between global pandemics and the loss of biodiversity and climate change. Importantly, the report delivers the grim future prediction of more frequent pandemics, which may well be deadlier and more devastating than Covid-19.

It isn’t just more viral pandemics that we might have to face in the future. As our global climate changes, so will the transmission rates of other diseases such as malaria. If malaria begins presenting itself in locations with unprepared healthcare systems, the impacts on healthcare provision could be overwhelming.

Interestingly, there is a way to protect people from malaria – introducing a single faulty gene for the sickle cell anaemia. One copy of this faulty gene gives you a level of protection against malaria. But if two people with a single faulty gene have a baby, the child could develop sickle cell anaemia. This shows just how complicated gene editing can be – you can edit genes to protect a population against one disease, but potentially causing trouble in other ways.

Despite the first hGGe humans already having been born, the reality is that the technique won’t be entering our mainstream lives any time soon. The UK Royal Society recently stated that heritable genome editing is not ready to be tried in humans safely, although it has urged that if countries do approve hGGe treatment practices, it should focus on specific diseases that are caused by single specific genes, such as sickle cell anaemia and cystic fibrosis. But, as we have seen, it may not make sense to edit out the former in countries with high rates of malaria.

Other major challenges for researchers is unintended genetic modifications at specific sites of the genome which this could lead to a host of further complications to the genome network. The equitable access of treatment provides another sticking point. How would hGGe be regulated and paid for?

The world is not currently ready for hGGe technologies and any progress in this field is likely to occur at a very incremental pace. That being said, this technology will eventually come to feature in humanity for disease prevention. The big question is simply “when?”. Perhaps the answer depends on the severity and frequency of future health crises.

This article was originally published in The Conversation on 7 December 2020.