Ocean physicist Dr Helen Czerski (UCL Mechanical Engineering) is one of three scientists who have been chosen to deliver the Royal Institution’s 2020 Christmas Lectures. 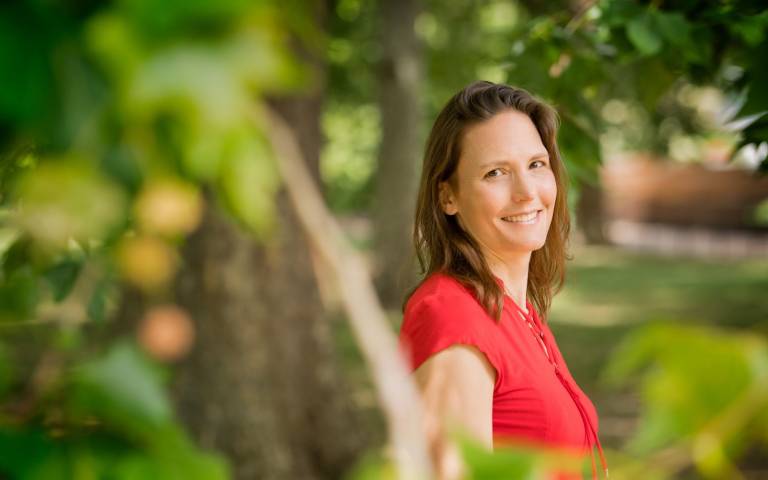 Dr Czerski will join geologist Professor Chris Jackson and environmental scientist Dr Tara Shine to give a “user’s guide” to Planet Earth, exploring the hidden wonders of Earth that keep us all alive as well as the impact of human activity on our planet.

It is the first time in over 60 years that more than one lecturer has delivered the series. The Royal Institution said the choice of three lecturers brought academic rigour to the complexity of the Earth’s inner workings and reflected the fact that no single scientific discipline can provide the solution to tackling climate change.

Dr Czerski said: “It’s fantastic to be asked, along with Chris and Tara, to present this year’s Royal Institution Christmas Lectures. My lecture will be on the global ocean, a subject that I really care about and spend a lot of time talking about. We rarely see the ocean presented to the public in a way that really showcases the gloriously complex and dynamic system that it is, and that is my aim.

“We live on a blue planet, and yet we still often treat that blue as though it was just the filler in between all the interesting bits. We now know that the real relationship is the other way around, and the ocean is at the heart of our planetary system. But in spite of all that, the last time there was a Christmas Lecture explicitly on the ocean itself was 1839, so we’ve got some catching-up to do!

“Better understanding and appreciation of our ocean is vital if we are going to be better stewards of this planet in the future. The whole series of lectures will be a user’s guide to Planet Earth, and it’s very exciting that three of us with very different areas of expertise will be collaborating to bring this subject to life.” 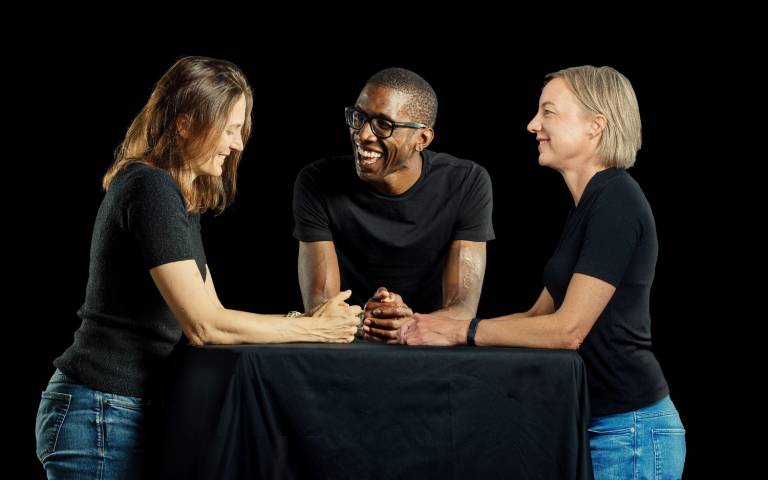 Each scientist will deliver one lecture. Professor Jackson, of Imperial College London, will tell the story, revealed in the planet’s oldest rocks and fossils, of radical climate changes throughout history; Dr Shine, Director of Change by Degrees, will talk about how the Earth produces a never-ending supply of oxygen and why today’s carbon emissions are so dangerous; and Dr Czerski will unpick the Earth’s heating and plumbing systems, showing how shifting ocean water creates an engine that distributes heat and nutrients around our planet – a process which forms the heart of our planetary life support system.

This year’s Christmas Lectures mark the bicentenary of the birth of Royal Institution scientist John Tyndall, whose research helped to establish the principles of climate change.

Lucinda Hunt, Director of the Royal Institution, said: “What we know of today as ‘the greenhouse effect’ was established by John Tyndall, a scientist at the Royal Institution, way back in 1861. This year is the bicentenary of his birth, so it’s fitting that the Christmas Lectures will explore the impact we humans are continuing to have on our amazing planet.

“I am delighted that we have three world-leading scientists, all bringing their unique perspective: their diverse viewpoints fit perfectly with the Ri’s mission to critically examine science and the way it shapes the world around us.”

The 2020 Christmas Lectures will be filmed in the Royal Institution’s theatre on 15, 17 and 19 December 2020 and broadcast on BBC Four between Christmas and New Year. The Royal Institution expects to make a decision on the viability of having a live audience at the filming over the coming weeks.