New insight into the evolution of complex life on Earth

A novel connection between primordial organisms and complex life has been discovered by a team led by UCL and Lancaster University researchers. 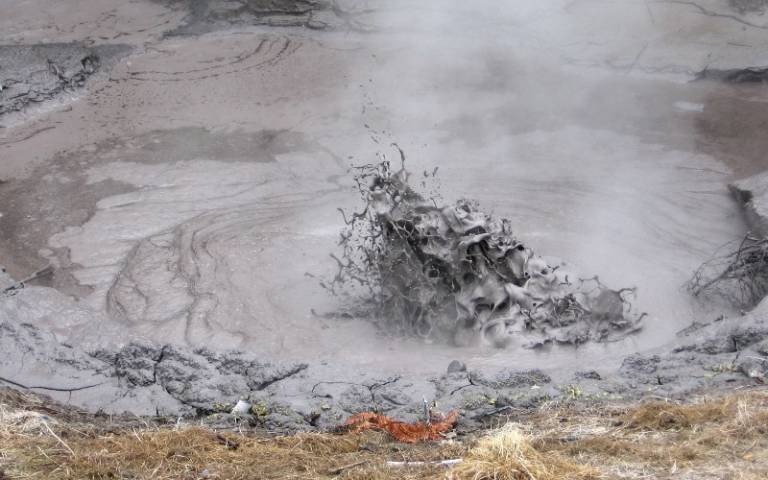 The new evidence, published in Science, sheds light on the evolutionary origins of the cell division process that is fundamental to complex life on Earth.

The study focuses on the cell division of the microbe Sulfolobus acidocaldarius, which thrives in acidic hot springs at temperatures of around 75°C. This microbe is classed among the unicellular organisms called archaea that evolved 3.5 billion years ago together with bacteria.

Eukaryotes evolved about 1 billion years later – likely arising from an endosymbiotic event in which an archaeal and bacterial cell merged. The resulting complex cells became a new division of life that now includes the protozoa, fungi, plants and animals.

The research team has now discovered a common regulatory mechanism in the cell division of both archaea and eukaryotes, demonstrating for the first time that the proteasome – sometimes referred to as the waste disposal system of the cell - regulates the cell division in Sulfolobus acidocaldarius by selectively breaking down a specific set of proteins.

The researchers say their findings are important because the proteasome has not previously been shown to control the cell division process of archaea.

The proteasome is evolutionarily conserved in both archaea and eukaryotes and it is already well established that selective proteasome-mediated protein degradation plays a key role in the cell cycle regulation of eukaryotes.

These findings therefore shed new light on the evolutionary history of the eukaryotes.

Professor Buzz Baum (MRC Laboratory for Molecular Cell Biology at UCL), who co-led the study alongside Dr Nick Robinson of Lancaster University, said: “Our findings add to evidence that many features that we once thought unique to complex cells, like our own, in fact have their origins in archaea. In this study we show this includes machinery that regulates how one cell becomes two.”