Analysis: Seabed fossils show the ocean is undergoing a change not seen for 10,000 years

Dr Peter Spooner (UCL Geography and UCL Earth Sciences) shares what his team’s study of deep-sea fossils reveals about the changes in ocean circulation, and how that has affected ecosystems in the Atlantic Ocean. 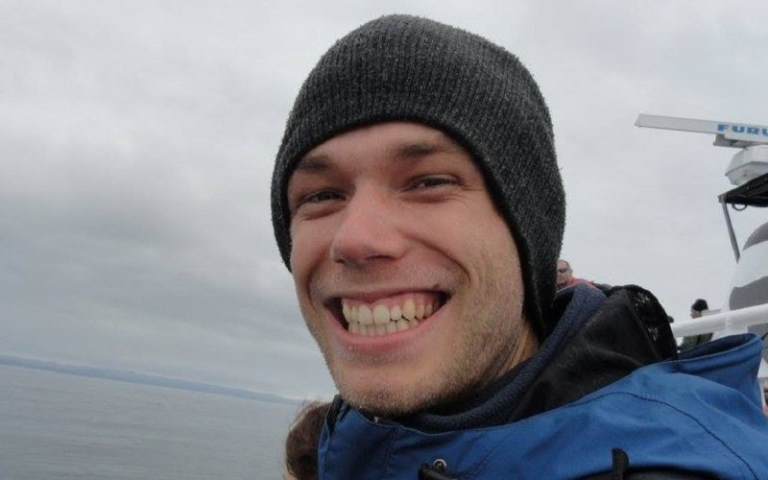 Changes in ocean circulation may have caused a shift in Atlantic Ocean ecosystems not seen for the past 10,000 years, new analysis of deep-sea fossils has revealed.

This is the striking finding of a new study led by a research group I am part of at UCL, funded by the ATLAS project and published in the journal Geophysical Research Letters. The shift has likely already led to political tensions as fish migrate to colder waters.

The climate has been quite stable over the 12,000 years or so since the end of the last Ice Age, a period known as the Holocene. It is thought that this stability is what allowed human civilisation to really get going.

In the ocean, the major currents are also thought to have been relatively stable during the Holocene. These currents have natural cycles, which affect where marine organisms can be found, including plankton, fish, seabirds and whales.

Yet climate change in the ocean is becoming apparent. Tropical coral reefs are bleaching, the oceans becoming more acidic as they absorb carbon from the atmosphere, and species like herring or mackerel are moving towards the poles. But there still seems to be a prevailing view that not much has happened in the ocean so far – in our minds the really big impacts are confined to the future.

Looking into the past

To challenge this point of view, we had to look for places where seabed fossils not only covered the industrial era in detail, but also stretched back many thousands of years. And we found the right patch of seabed just south of Iceland, where a major deep sea current causes sediment to pile up in huge quantities.

To get our fossil samples we took cores of the sediment, which involves sending long plastic tubes to the bottom of the ocean and pushing them into the mud. When pulled out again, we were left with a tube full of sediment that can be washed and sieved to find fossils. The deepest sediment contains the oldest fossils, while the surface sediment contains fossils that were deposited within the past few years.

One of the simplest ways of working out what the ocean was like in the past is to count the different species of tiny fossil plankton that can be found in such sediments. Different species like to live in different conditions. We looked at a type called foraminifera, which have shells of calcium carbonate. Identifying them is easy to do using a microscope and small paintbrush, which we use when handling the fossils so they don’t get crushed.

A recent global study showed that modern foraminifera distributions are different to the start of the industrial era. Climate change is clearly already having an impact.

Similarly, the view that modern ocean currents are like those of the past couple of thousand years was challenged by our work in 2018, which showed that the overturning “conveyor belt” circulation was at its weakest for 1,500 years. Our new work builds on this picture and suggests that modern North Atlantic surface circulation is different to anything seen in the past 10,000 years – almost the whole Holocene.

The effects of the unusual circulation can be found across the North Atlantic. Just south of Iceland, a reduction in the numbers of cold-water plankton species and an increase in the numbers of warm-water species shows that warm waters have replaced cold, nutrient-rich waters. We believe that these changes have also led to a northward movement of key fish species such as mackerel, which is already causing political headaches as different nations vie for fishing rights.

Further north, other fossil evidence shows that more warm water has been reaching the Arctic from the Atlantic, likely contributing to melting sea ice. Further west, a slowdown in the Atlantic conveyor circulation means that waters are not warming as much as we would expect, while furthest west close to the US and Canada the warm gulf stream seems to be shifting northwards which will have profound consequences for important fisheries.

One of the ways that these circulation systems can be affected is when the North Atlantic gets less salty. Climate change can cause this to happen by increasing rainfall, increasing ice melt, and increasing the amount of water coming out of the Arctic Ocean. Melting following the peak of the Little Ice Age in the mid 1700s may have triggered an input of freshwater, causing some of the earliest changes that we found, with modern climate change helping to propel those changes beyond the natural variability of the Holocene.

We still don’t know what has ultimately caused these changes in ocean circulation. But it does seem that the ocean is more sensitive to modern climate changes than previously thought, and we will have to adapt.

This article was originally published in The Conversation on 28 April.