Pupils in private schools do significantly better at A levels compared to those in similar state schools according to UCL research, which is the first to study the current performance gap in upper secondary education in England. 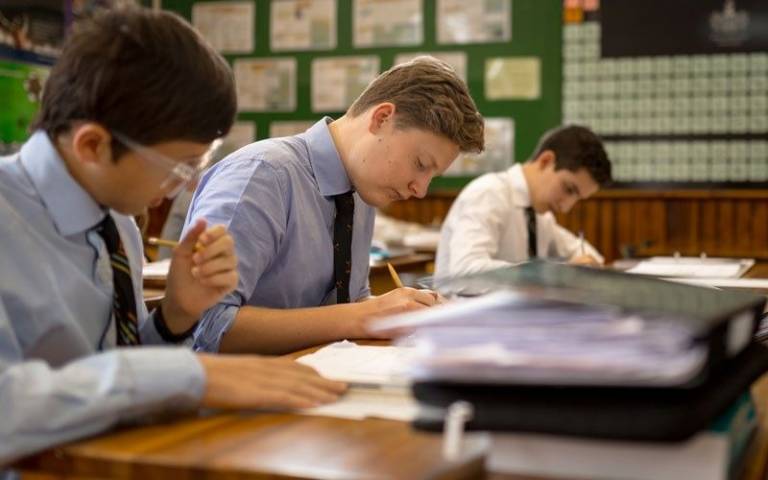 Taking into account factors including academic achievements prior to A level such as GCSEs and family background, UCL Institute of Education (IOE) researchers looked at more than 5,800 pupils who were followed every year through their secondary schooling.

The large difference in resources between private and state schools is cited as the most likely mechanism driving this academic gap and the subsequent inequality in university access.

The findings, published today in the Oxford Review of Education, also show that those at private school study 27 per cent more 'facilitating' A level subjects such as maths, history and biology which are known to be favoured by high-status universities, compared to students in state schools. Pupils in private schools also did better at these facilitating A levels. They were placed eleven percentage points higher in the A level rankings for the elite university’s preferred subjects.

Researchers say ‘vastly superior’ resources – like those owned by private schools – can have an impact on pupil attainment. The resources spent on private school pupils are roughly three times the state school average. In addition, the small pupil-teacher ratios in private school are around half that of state-funded schools.

The study also cites evidence that attending one of this country’s fee-paying schools is associated with moderate but increasing advantages at every stage of education.

"This is the first known study into the current performance gap in upper secondary education in England and our study provides further evidence on the links between private schooling, subject choice and university progression. Overall, we have a picture of cumulative advantage from Britain's private education," said lead author, Dr Morag Henderson (UCL Institute of Education).

"This is consistent with the vastly superior resource gap at each stage. Those who are privately educated are then set to profit beyond school with better university access and improved labour market rewards."

Principal Investigator, Professor Francis Green (UCL Institute of Education), added: “These findings ought to put to bed the question of private schools’ educational advantage, in the context of debates about the need for reform, and the possible routes to reform.

"Both reformers and defenders of the status quo should start from the position that private schools do, on average, confer academic advantage, and policy makers should address the social exclusiveness of access to private schools in that light."

The IOE researchers used data from the Centre for Longitudinal Studies' Next Steps cohort study and linked this to national pupil attainment information during the years 2005 to 2009. They tracked a sample of 5,852 pupils at various stages of education including A level then established if they had attended university and what type. Importantly, many factors were taken into account including academic achievements prior to A level such as GCSEs and family background.

The study found no significant variation between private and state school sixth-formers in the total number of A levels taken. Private school students took fewer subjects regarded as 'unsuitable' for elite universities than those taken by state school pupils.