One in 20 doctors (5%) are alcohol dependent and just over half (53%) drink two or more times a week, according to a new study by UCL and Birkbeck, University of London. 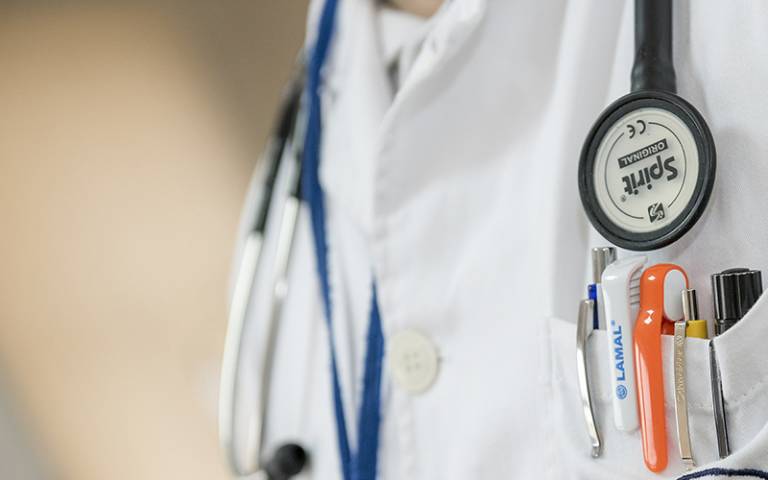 Work stress was found to be a factor in doctors abusing alcohol or having alcohol dependence. Just over a third (34%) of doctors saying that they use substances to feel better and around one in five (22%) using substances to get through stressful events.

“Work-related stress is often ignored as not being a priority but our research shows that stress among doctors is associated with health problems and risky health behaviours like alcohol use,” said lead author Dr Asta Medisauskaite (UCL Medical School).

“Stress can no longer be ignored because it can lead to doctors suffering severe health problems and losing even one doctor is a great loss for the NHS.”

The findings, published today in BMJ Open, come as part of a larger study which looked at the effects of work-related stress on doctors’ health.

The researchers found that 55% of doctors meet the criteria for burnout. The study found that work stress is giving doctors sleepless nights, with burnout nearly doubling the risk of insomnia. Overall 12% of doctors were found to have insomnia.

Co-author Dr Caroline Kamau from Birkbeck said: “Our research shows that 55% of doctors have burnout and this has real health consequences. Doctors are not to blame for having burnout. It is a normal, human reaction to external stressors so doctors must not be stigmatised. What we need is for the NHS to solve the causes of burnout and prevent it from harming the health of our doctors.”

The study surveyed 417 UK medical doctors with an average age of 47 years. 49% of the doctors were consultant-grade, 18% were GPs and 20% junior doctors.

In a related study published last month in Psychiatry Research, the same two researchers conducted a randomised control trial, where they taught doctors that distress is a normal, human reaction.*

Their simple intervention significantly reduced anxiety and two types of burnout among doctors.

They have now developed a smart-phone app based on their intervention, in collaboration with Focus Games, called Working Stress.** The app is being trialled in over 10 NHS Trusts.