Six different colour variations of the elusive Asiatic golden cat have been discovered in Northeast India by scientists from UCL and ZSL. 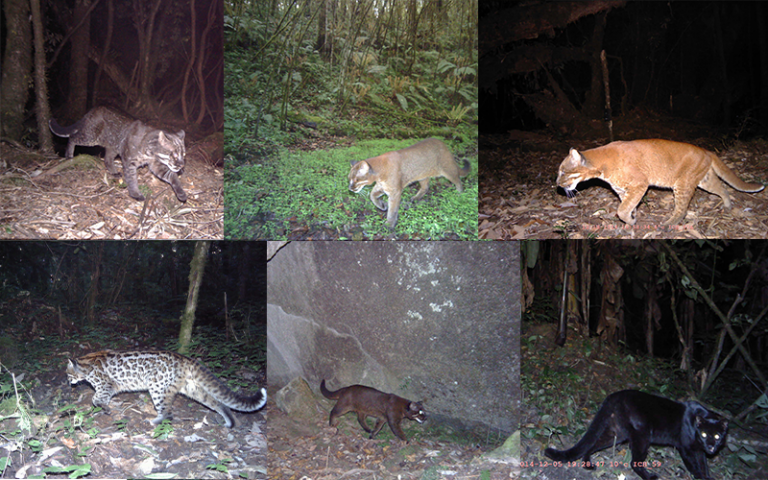 The findings, published in the Ecology journal, mark the world’s greatest number of different coloured wild cat species to have been reported in one area and are being hailed as "an evolutionary puzzle".

India-based lead author, Dr Sahil Nijhawan, research fellow at UCL Anthropology and ZSL’s Institute of Zoology, said: “According to evolutionary theory, if a colour morph is not beneficial for a species survival – over time, it should die out in the population. The fact that we have so many different colour morphs persisting in Dibang Valley shows there must be some ecological advantages to the variety of colours.”

The study aimed to uncover a greater understanding of human-wildlife interactions in the region but discovered a group of entirely different-looking animals on their camera traps – with an inkling they were all the exact same species.

The finding is said to spark more questions than it answers. However, understanding how this remarkable phenomenon takes hold in a population may help scientists grasp how quickly species can adapt and evolve to changing environments. This would advise scientists of the resilience of the species to climate change or habitat degradation and destruction.

Colour morphs are not classed as different subspecies as they may live in the same area and even interbreed. However, if differences in their behaviour prevented them from interbreeding, this could represent the beginning of the evolutionary process into separate subspecies. A better-known example of a colour morph is the melanistic (dark coloured) morph (aka black panther) of the common leopard (Panthera pardus).

Within the six colour morphs recorded, an entirely new colour morph was also found in one of the community-owned forests. The now named “tightly-rosetted” morph, so-called after the leopard-like rosettes tightly spaced on its grey coat, now sits alongside the already known cinnamon, melanistic, gray, golden, and ocelot (due to its ocelot-like markings) types.

Scientists believe that the wide variation displayed in the cat’s coats provides them with several ecological benefits. It enables them to occupy different habitats at different elevations – from wet tropical lowland forests to alpine scrubs – and provides camouflage while hunting different prey such as tropical pheasants or Himalayan pika (a small mountain-dwelling rabbit-like mammal).

Colour morphs are thought to arise from random genetic mutations and take hold in the population through natural selection. In this region, scientists suspect that the phenomenon is driven by competition with other big cats such as tigers (Panthera tigris) and clouded leopards (Neofelis nebulosa). Being melanistic in the misty mountains during nocturnal hunts, for example, may mean they are better concealed from their prey; making them more efficient predators.

Dr Nijhawan added: “We now know Dibang Valley hosts the world’s most diverse range of colour morphs of a wild cat species ever reported in one site, but we are only just starting to understand this rare ecological phenomenon. We need more studies that shed light on such unique adaptations and the benefits they provide to species, especially in a world where they must adapt quickly.”