Waking up early is associated with an increased risk of dying from cardiovascular disease (CVD) in Europeans, according to a new UCL study looking at sleep and mortality from across different ethnic groups. 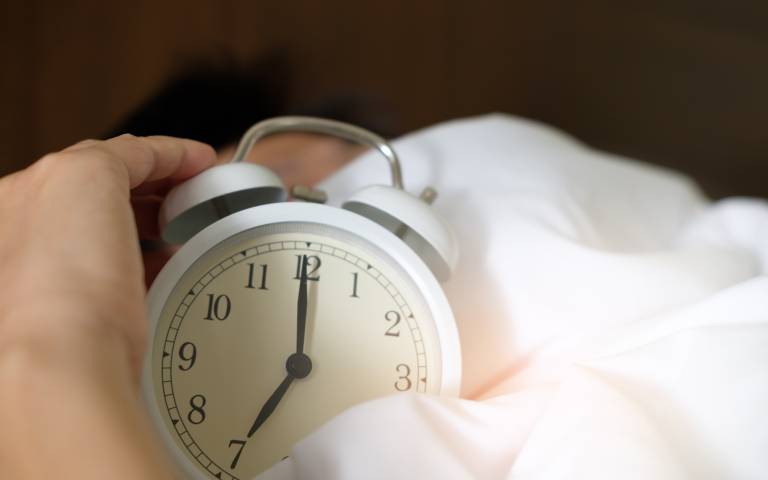 All-cause mortality, as well as deaths from cancer and cardiovascular diseases (CVD) were investigated.

The study, published in Sleep Medicine, looked at data on quality of sleep, waking up, and difficulty falling asleep from over 4,000 adults from a tri-ethnic cohort of European, South Asian and African Caribbean residing in west London in the UK.

Sleep data was self-reported, with participants being asked a number of questions about their sleep including whether they had early morning waking, difficulty falling asleep or felt tired.

Joint first author, Dr Victoria Garfield (UCL Institute of Cardiovascular Science) said: “Even when taking into account a number of other risk factors, white Europeans who reported waking up too early were 1.3 times more likely to die from cardiovascular-related causes, when compared to people of African Caribbean or South Asian descent.

“We do not know the exact underlying mechanisms for why waking up early is associated with increased risk of CVD mortality. Thus, we need more research to investigate how other factors such as stress and working patterns may influence this relationship”.

Difficulty falling asleep was associated with moderately increased risk of mortality in South Asians, but researchers did not find this effect to be strong.

Joint first author, PhD candidate Roshni Joshi (UCL Institute of Cardiovascular Science) said: “Our study finds that being of South Asian descent and finding it difficult to fall asleep is linked to higher rate of death, but we need more research, in bigger populations, before we can conclude this with certainty.

“We also need to further investigate sleep patterns by ethnicity rather than looking at sleep across the population as a whole as this study shows sleep patterns may differ by ethnic group.”

Most of the studies investigating sleep and mortality have focused on Europeans and no previous UK studies have examined this association in other ethnic groups.

Dr Garfield added: “Our findings contribute to and support current evidence for ethnic differences in sleep and mortality and may have important implications for precision medicine and clinicians working with people who present with these sleep problems.”