The Institute of Physics has awarded Professor Sir Michael Pepper and Professor David Hawkes medals in recognition of their world-leading contribution to physics. The awards, which will be celebrated at the Institute’s annual Awards Dinner in November, recognise and reflect the impact and applications of physics in everyday life, the breadth of the discipline in academia, industry and medicine, and its impact in extraordinary human achievements.

Professor Sir Michael Pepper (UCL Electronic & Electrical Engineering and the London Centre for Nanotechnology), the world-renowned physicist whose fundamental work has helped to develop a new way of detecting skin cancers, has been awarded the Institute of Physics’ highest accolade, the Isaac Newton Medal, for discovering new effects that are important to our understanding of basic physics and for the development of new technologies. 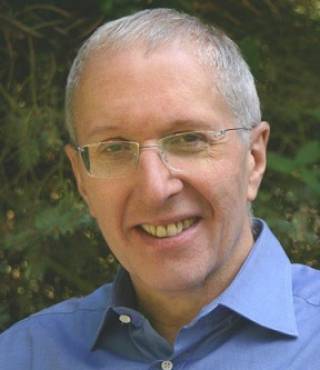 The citation states the award is for creating the field of semiconductor nanoelectronics and the discovery of new quantum phenomena. Sir Michael previously received the Institute’s Nevill Mott Medal in 2000, and was awarded its Guthrie (Gold) Medal in 1985, now renamed the Michael Faraday Medal.

His research into how electrons behave and interact in tiny semiconductor structures has revealed new quantum phenomena that is incredibly useful in a wide range of applications and may be important in the emerging quantum computation.

Sir Michael’s discoveries have facilitated the development of quantum communications for highly secure transmission of information where the security is protected by the laws of quantum mechanics. In other investigations, his work enabled a new way of revealing areas of tissue injury, such as tooth decay, using T-rays which are better than X-rays.

T-rays can also be used to differentiate between cancerous and normal tissues in skin cancer investigations, detect dangerous smuggled objects, such as explosives, from a safe distance, and by the pharmaceutical industry to check the formulation and structural integrity of drugs even after they are packaged.

Sir Michael continues to push the frontiers of physics, discovering new effects that are important to our understanding of basic physics and for the development of new technologies.

Professor David Hawkes (UCL Medical Physics & Biomedical Engineering), one of the world’s most eminent medical physicists, was awarded the Peter Mansfield Medal for his research into addressing major unsolved clinical problems and translating new imaging technologies into the clinic. 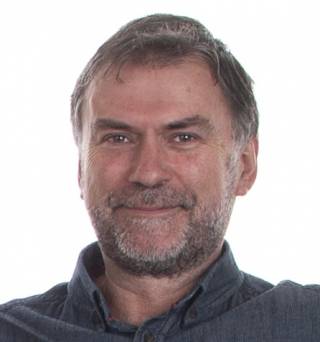 His early work on X-ray attenuation was used clinically on the world's first whole body CT scanner to assess response to cancer therapy. The idea was picked up again recently with the advent of high-speed dual-energy CT scanners resulting in a surge of interest in his original work and a number of clinical implementations.

Institute of Physics President, Professor Dame Julia Higgins said: “Every year I am reminded of the rich pool of exceptional talent we have in the UK and Ireland. On behalf of the Institute of Physics, I warmly congratulate all this year’s winners.

“As we move rapidly into an ever more technological era, it is so important to encourage, foster and support today’s and tomorrow’s scientists, science teachers and technicians.

“They enable us to live the comfortable, healthy, well-connected lives we have become accustomed to, and they explore new boundaries to enrich our knowledge of the world we inhabit.”

Professor David Price, UCL Vice-Provost (Research), said: “This is truly an exceptional achievement, and I’d like to extend my warmest congratulations to Professor Sir Michael Pepper and Professor David Hawkes on their well-deserved awards.

“Through his academic career, Sir Michael has both defined and shaped the field, and opened up new areas of research discovery which are having a tangible effect on the way we live our lives. His work demonstrates the power of curiosity-driven research, in terms of establishing fields of research and fundamentally shaping a discipline, and leading the development of our fundamental understanding into transformative technologies that have a real impact on our lives and the world around us.

“Through his work on medical imaging, Professor Hawkes has made a major contribution to helping identify, diagnose and respond to a range of illnesses, and pioneered new technology which will directly benefit patients. This timely recognition is well-deserved and marks his contribution, not just to physics, but to the research community.”