Smoking in England declines by more than 1bn cigarettes per year

Around 1.4 billion fewer cigarettes are being smoked every year according to a new UCL-led study funded by Cancer Research UK. 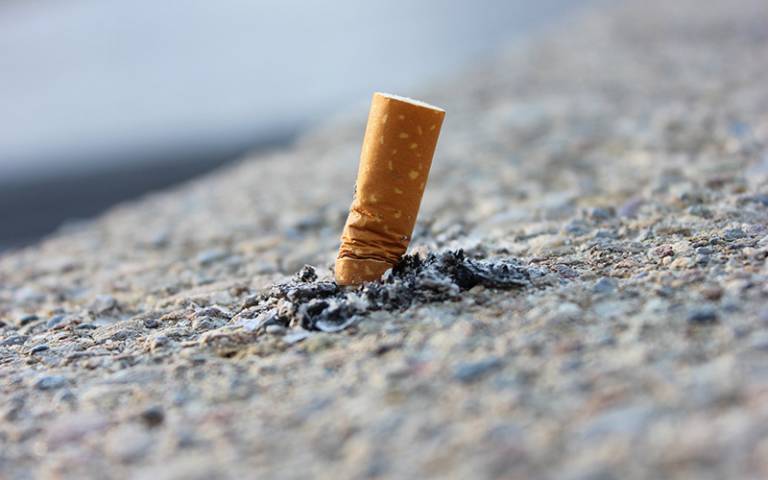 Between 2011 and 2018, average monthly cigarette consumption fell by nearly a quarter, equating to around 118 million fewer cigarettes being smoked every month, according to the findings published in JAMA Network Open.

This decline suggests that stricter tobacco laws and taking action to encourage people to quit smoking are working.

“It’s brilliant that over a billion fewer cigarettes are being sold and smoked in England every year,” said the study’s lead author, Dr Sarah Jackson (UCL Institute of Epidemiology & Health Care).

“The decline in national cigarette consumption has been dramatic and exceeded the decline in smoking prevalence, which, over the same time period, was around 15%. This means that not only are fewer people smoking, but those who continue to smoke are smoking less.

“Studies like this help to give us an accurate picture of cigarette consumption so we know where we’re at and what more needs to be done.”

The researchers looked at cigarette sales data for England and compared this with the monthly self-reported cigarette use of over 135,000 individuals from the Smoking Toolkit Study, which is led by Professor Robert West (UCL Institute of Epidemiology & Health Care), a co-author of the study. They found that the two different methods of looking at how many cigarettes people are smoking provided similar results.

Over the whole period, the average number of cigarettes smoked monthly declined by 24.4% based on survey data and 24.1% based on sales data from 3.40 billion and 3.41 billion a month to 2.57 billion and 2.58 billion, respectively.

Commenting on the latest study, George Butterworth, senior policy manager at Cancer Research UK, said: “Smoking is still the biggest preventable cause of cancer, and certain groups have much higher rates of smoking, such as routine and manual workers, so we can’t stop here and think job done.

“Last month the government committed to making the UK smokefree by 2030. But stop smoking services, which give smokers the best chance of quitting, have been subject to repeated cuts in recent years. We need the government to fix the funding crisis in local stop smoking services. The tobacco industry could be made to pay for these services to clean up the mess their products have created.”

The findings follow another UCL study by some of the same authors which found that more smokers are quitting and fewer young people are taking up smoking than ever.

The study, published earlier this month in Thorax, charted smoking prevalence in Britain from the 1970s to the present day and found that the rate of decline continues apace with no sign of slowing.

The study found that the turning point was the turn of the century when the government brought in the first ever comprehensive tobacco control strategy, which has been continued and improved upon by successive governments.

Policies have included mass media campaigns, increasing tobacco taxes, ensuring that every smoker in the country would have access to free NHS support for quitting, the indoor smoking ban, bans on any form of advertising, a ban on use of attractive imagery on cigarette packs and most recently the introduction of e-cigarettes.

Lead author of the Thorax study, Dr Emma Beard (UCL Psychology & Language Sciences), said: “Our evidence supports the view that a comprehensive strategy to reduce smoking rates can work and save many thousands of lives each year. There has been cross-party agreement on this since the turn of the century and it will be important to continue develop and implementing such policies.”

“The very recent trends in quitting rates, since 2013, support the idea that e-cigarettes may be contributing to a decline in the overall number of people smoking by helping smokers quit and there is no evidence at all that they are undermining progress in getting smoking rates down in young people,” Dr Beard continued.